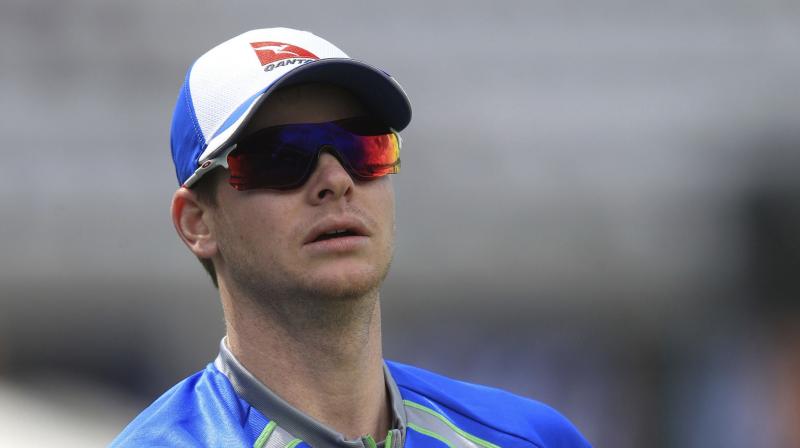 Chennai: Australia fought all the way to the end, losing the series only in the final match when they last toured India for ODI matches. Just when one thought that the Aussies stand a better chance this time around in the wake of in-form India opener Shikhar Dhawan’s absence, the visitors are facing problems of their own as opener Aaron Finch has been ruled out of the first ODI on Sunday here owing to a calf injury.

Australia skipper Steve Smith played down the absence of Dhawan. “I don’t think his absence would have a big impact. Shikhar has been playing very well at the top of the order for a year or so. I hope everything is okay with him. India still have a very strong batting line-up. Their top seven players are good and we have to bowl really well throughout the series,” said Smith.

The World Cup winning captain of 2015 said the team are working to find the right combination of players as they prepare for the World Cup 2019. “We have about 30 ODIs before the World Cup. For us it is about trying to find the right group of players to fill in all slots. I hope this group can go a long way into filling those spots and play some good cricket in the next five matches here. Conditions are obviously slightly different to what they will be in England but I think it is a good opportunity to put their names up there,” said Smith.

Aware of the threat chinaman bowler Kuldeep Yadav could pose to the visiting team, Australia’s consultant S. Sriram has flown in another chinaman K.K. Jiyas who has represented Delhi Daredevils in the IPL. “Kuldeep is likely to play. We have got the chance to train against someone similar. As there aren’t too many like Kuldeep around the world, it was good to be able to have someone who bowls with that style,” added Smith.

During Australia’s Test tour of India earlier this year, Kuldeep burst on to the scene ripping through the visitors’ line-up in the first innings of the series decider in Dharamsala.

The chinaman was Kohli’s trump card. “Kuldeep has played a bit since then. A few in my team have played against him in the IPL and have seen what he did in Sri Lanka as well. He is a good young talent and can be difficult to pick at times. He is someone who you have to watch closely,” he said.