Many senior players didn’t turn up for the tournament or opted to play elsewhere (e.g. Ishant Sharma who preferred an assignment in England). 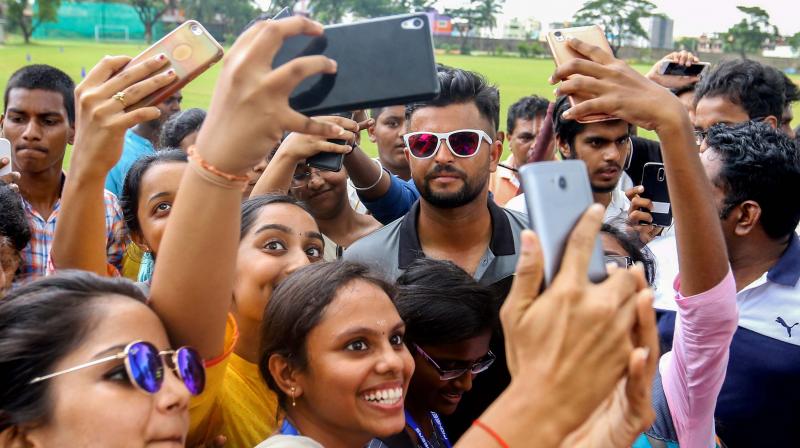 Suresh Raina poses for a selfie with fans.

The Duleep Trophy has fallen on bad days. Among the most prestigious tournaments in domestic cricket not to long back — only a notch below the Irani Cup — and much coveted, it seems dispensable without a tear being shed.

In 2014-15 the tournament wasn’t played at all. It returned the next season, but would have been a casualty again this year had former captain Sourav Ganguly not raised a red flag, compelling the BCCI to put together a programme.

However, the haste with which this had to be done has given it the status of an adjunct, not a main draw which it should be. Where media coverage is concerned, even the Tamil Nadu and Karnataka Premier Leagues were shown live on TV, the Duleep Trophy hasn’t.

But this is hardly the fault of the broadcasters who were only informed at the 11th hour that the tournament would be played, making it logistically and financially unfeasible. Though intangible, the loss is also of fans and players participating in the tournament.

Many senior players didn’t turn up for the tournament or opted to play elsewhere (e.g. Ishant Sharma who preferred an assignment in England). So much so that Suresh Raina, captain of India Blue, candidly confessed he didn’t know who all were to play under him!

Such a farcical situation dilutes the gravitas of the Duleep Trophy. Senior pros like Raina and even upcoming youngsters looking to catch the eye of the selectors might ask themselves if a tournament that is treated so cavalierly by the BCCI itself is worth the while?

This lack of interest cannot escape fans either. Matches played in smaller venues may attract decent crowds, but more to watch a tamasha rather than to appreciate the real import of the tournament. If the administration itself is uncaring, who can blame them?

How different it was when the Duleep Trophy was in its pomp. Unless a visiting team was touring, this was the most awaited tournament in the calendar. In the 1960s and eary ’70s, when in school and college, I can’t remember missing a single Duleep match played in Bombay (Mumbai).

Crowds would throng Brabourne Stadium to see the biggest stars in action. And all the stellar players would make it a point to participate for the success in the Duleep Trophy was considered a major step towards earning a place in the India team.

Even as late as 1988-89, I remember the late BCCI president Raj Singh Dungarpur highlighting the value of the Duleep Trophy with reference to Sachin Tendulkar.

Playing his first season, 15-year-old Tendulkar scored a century on debut in the Ranji, Duleep and Irani Trophies. His selection for the tour of West Indies seemed a cinch, but he was overlooked because the selectors thought he was too young.

“He needs a season more to mature,” I remember Dungarpur telling me. “Particularly in the Duleep Trophy where he will not only be tested, but also learn a lot playing with and against the best.” The following season, Tendulkar made his Test debut.

With India’s international engagements rising in the past few decades, the importance of domestic tournaments has taken a beating. But what has affected it most is the IPL which has virtually become a default selection tournament for every format.

Players prefer to be seen here than in other tournaments, and even officialdom seems to give it greater emphasis. In my opinion, this is flawed thinking and can have serious consequences in the medium and long terms.

While the IPL has had terrific benefits (and not just pecuniary) for Indian cricket in discovering and showcasing young talent, it is not a substitute for Ranji, Duleep and Irani Trophies to develop players for the long format. It just does not have that rigour.

In this respect, the Duleep Trophy as it was conceived and played for several decades, more than the others could still be the most challenging and make the best players reach the Indian team.