At a time when careers in competitive sports seem to be uncertain, Mithali has been playing the game for 18 years. 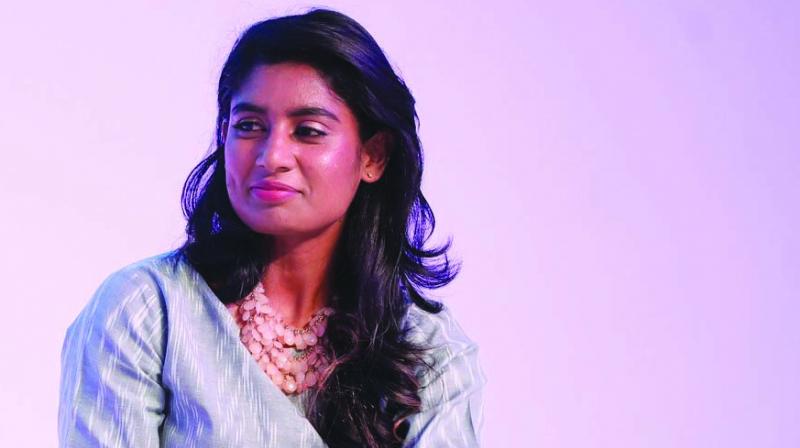 The year 2018 has been one of personal landmarks for Indian women cricket (ODI) skipper, Mithali Raj. Even as she became the most capped player in women’s ODIs (191) in April, she added another feather in her cap by leading her team the most number of times in ODIs (118) last month.

Reflecting on the milestones, Mithali says, “Although such statistics give me confidence, they never come to mind. It sometimes reflects in the longevity of a player, and how much confidence the team has had in me to lead the side.”

At a time when careers in competitive sports seem to be uncertain, Mithali has been playing the game for 18 years. Describing her almost two-decade journey as fantastic, she says, “As a player, it was a long journey, and I have thoroughly enjoyed my game. Yes, there have been ups and downs — we’ve had memorable wins and also bad losses — but I think it is all part of the journey. All these years, I have taken the responsibility and enjoyed it. I always focus on the process and never about the end result.”

Ask her the secret to her longevity, and she states, “Honestly, I never really planned how many years and matches I was be going to play. I just went with the flow and took it series by series. I just keep playing without any pre-determined notion of longevity, and dealt with the injuries well. And time just flew.”

In her 18 years of cricket, Mithali Raj has led the team for 14 years. She acknowledges that leadership has always been a part of her personality. The Indian women’s ODI team skipper says that her learning curve has been about developing compassion towards her players.

“When you evolve as a player, it also changes you as a person. I strongly believe that what you are on the field is what you are off the field too. I have come to understand my own teammates and develop compassion towards them, and that’s what leadership taught me. Off the field too, I have developed that sense of understanding with people whose behaviour I get annoyed with sometimes.”

Prod her on her retirement plans and she’s quick to dismiss it by saying she is still enjoying the game. “I don’t have any plans as of now, and it all depends on how I feel and push myself; whether the team requires me. But definitely there are various factors which I had to consider before I call it quits,” she explains. “Also, you cannot be very selfish and quit the team saying ‘I am done’. This team is a part of my life. I have grown from a 16-year-old girl to a 35-year-old woman, so half my life has been with this team that has seen and helped me grow. As of now, I am seeing the growth of the team and being a part of it is a privilege.”

The Padma Shri and Arjuna Award recipient has voiced her support with the Indian #MeToo movement. Mithali is of the opinion that it is imperative to make workplaces safe for women. The Indian skipper spoke about how most people still do not understand the concept of consent and if someone has faced any form of sexual harassment, they should stand up for themselves with bothering about what people will say about them — survivors should not bear the brunt of providing a justification.