The 37-year-old all-rounder will play in the Abu Dhabi T10 league as Indian icon player for Maratha Arabians. 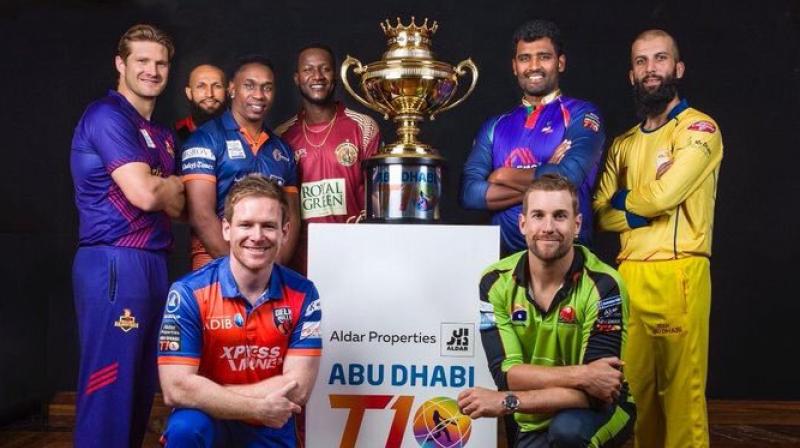 While Eoin Morgan, England's limited-overs captain who is also playing in Abu Dhabi, has described T10 as cricket's perfect vehicle for Olympic inclusion, Yuvraj said the Hundred could also be an option.

"If the tournament [Olympics] is over about two weeks, I think 100-ball would be perfect. If the tournament is, say, ten days, then obviously T10 would be perfect. Depending on the time frame of the Olympics. I think an Olympic gold is very prestigious, so it has to be something in which an athlete should be able to bounce back in situations, so you have to decide that," Yuvraj said.

Talking about the challenges of the format Yuvraj said in this format players will not have more time to settle themselves as it only lasts for 100 balls.

"It's definitely an exciting tournament but I'm not sure, in terms of pacing yourself in a match - 50-over, Test match, T20 also you have time to pace yourself, but in T10 you don't have time," Yuvraj said.

"So I'm not sure, is it going to expand or is it not? T10 in Abu Dhabi and Dubai has been very popular, and the crowds have been huge, so I'm sure it's something to look at," he added.

The 37-year-old announced retirement from all forms of cricket on June 10 this year.

In a career that spanned over 304 ODIs, 58 T20Is, and 40 Tests, Yuvraj imprinted his place in the echelons of cricket as a player who could pretty much win matches for his side either through his electric fielding, deceptive bowling or fierce batting.

He was also the part of India's world-cup winning team in 2011 and was named as the Player of the Tournament for his spectacular performance with bat and ball.

Scheduled for 2020, The Hundred will see eight new city-based teams competing over a five-week period.

The new white-ball cricket is a 100-ball per inning format. In the matches, a change of end will take place after ten balls and bowlers can deliver either five or ten consecutive balls. Each bowler can deliver a maximum of 20 balls per game and each bowling side gets a strategic timeout of up to two and a half minutes.

Moreover, The Hundred will have a 25-ball powerplay start for each team and two fielders are allowed outside of the initial 30-yard circle during the powerplay. These playing conditions have been recommended by ECB's Cricket Committee.