Geeta is hearing and speech impaired woman who returned to India in 2015 after being stranded in Pakistan for several years. 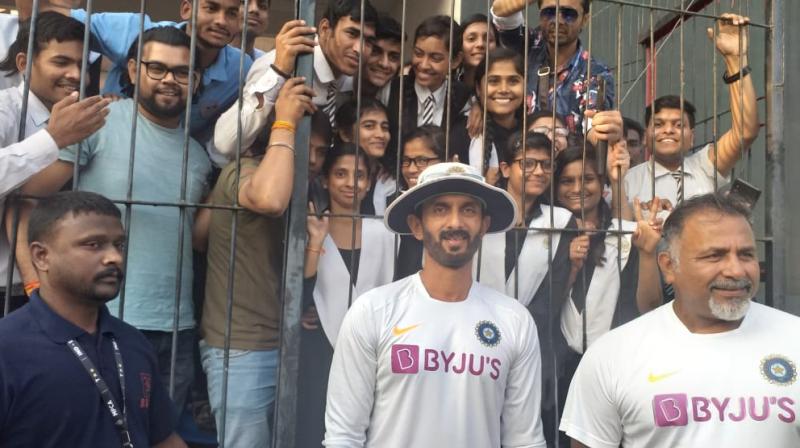 Geeta is hearing and speech impaired woman who returned to India in 2015 after being stranded in Pakistan for several years.

India won the first Test against Bangladesh on day three by an innings and 130 runs.

Bangladesh in their first innings were bundled out for 150 while in the second innings they were restricted to 213 runs.

Apart from Mushfiqur Rahim, who scored 43 and 65, no other batsman was able to score big runs in the game.

With the win, India registered their 10th victory by an innings under the leadership of Kohli, who went past MS Dhoni to become the Indian captain with most innings wins under his name. Previously, former India captain, Dhoni had led the country to nine victories by an innings.

It was the sixth consecutive victory for the team in the longest format of the game. India have consolidated their first position on the ICC World Test Championship points table, as they now have 300 points.

India will now play against Bangladesh in the second Test which will be a day/night match played with a pink ball at Eden Gardens in Kolkata from November 22-26.