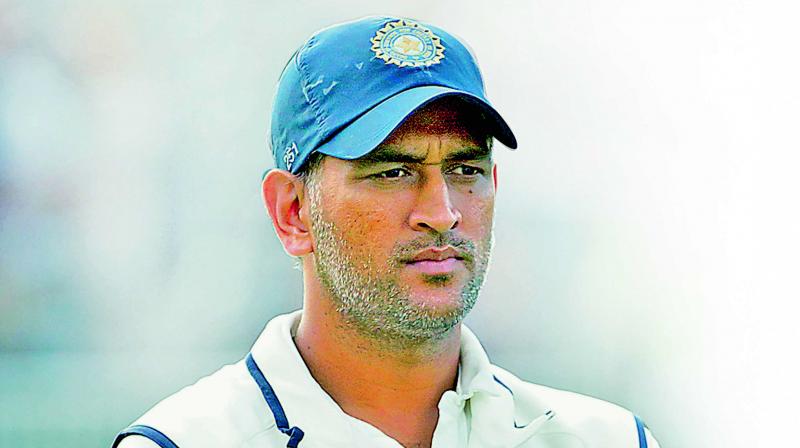 “Don’t ask me till January,” was what the all-conquering former Indian captain Mahendra Singh Dhoni said last November when media asked about his retirement. Now with the year into mid-January, it appears the BCCI has waited long enough to decide against including Dhoni’s name in the central contract list of players (for 2020-21) on Thursday.

It’s surely left us wondering if this is the BCCI’s way of telling a player to bid adieu to the game.

Apparently, the board had been under a lot of criticism over the way players such as V.V.S. Laxman, Virender Sehwag and Gautam Gambhir were treated towards the end of their careers. This was not the case for Sachin Tendulkar, however, who was allowed to choose his retirement.

Interestingly, we hear that as much as players expect the board to communicate, BCCI hopes to hear from the players, instead — about wanting to continue or retire.

Sports analyst and historian Sunil Yash Kalra lashes out at the way BCCI has been treating some of the legends of the game, recounting how the Board acrimoniously snubbed even former cricket legends such as Mansur Ali Khan Pataudi, AjitWadekar, Bishan Singh Bedi and Krishnamachari Srikkanth.

Then adding that Dhoni is the arguably one of the best cricketers the game has ever produced, Sunil adds, “Fundamentally, there seems to be a problem with BCCI and other sports administrators in India over the years. Unfortunately, they don’t know how to give the right farewell to these legends.”

But for someone who has already retired from the Test cricket, and who hasn’t played any international cricket since July 2019, what does this decision mean? Fans might recollect that Dhoni has also been on a self-imposed sabbatical from the game after India’s exit at the semi-finals in World Cup 2019.

In his tweet, cricket analyst and commentator Harsha Bhogle had wondered if the fears and apprehensions of Dhoni fans might now come true.

“The biggest news in the awarding of central contracts is that there is none for MS Dhoni; which suggests, as some fear, that he may have come to the end. Would love him to have a big IPL with CSK though. And after that......who knows! (sic),” Harsha wrote.

Calling MSD to speak his mind

Despite the misgivings, former Indian captain and former National Chief Selector Dilip Vengsarkar expresses he is not surprised at the BCCI decision. However, he adds that the doors are still open for Dhoni’s comeback.

“Dhoni is a great ambassador for the game. But he hasn’t played any cricket recently, and his selection depends a lot on his form and fitness,” elaborates Vengsarkar.

Now, with T-20 World Cup scheduled towards the end of this year, many see Dhoni’s performance in the upcoming IPL as the key to his getting selected for the World Cup.

While the debate over Dhoni’s omission from the contract list of players (men) continues, even former Indian captain for the women’s cricket team, Shubhangi Kulkarni, agrees with the BCCI’s decision, saying that even the women’s team was treated similarly.

Citing the example of women’s cricketer Mithali Raj, Shubhangi shares, “Even Mithali was demoted to Grade B from Grade A because she retired from T-20s. The player’s selection is proportional to their performance. So I think the BCCI’s decision is justified.”

Another pro-BCCI decision is former India wicket keeper Farokh Engineer. He merely believes that it’s time Dhoni took matters in his own hands. “Of course, there has been a lot written, but I think it’s time Dhoni takes a decision for himself and puts an end to all these speculations,” Farokh remarks.