Sports   Cricket  18 Feb 2018  Virat Kohli’s mastery should not be assessed only by runs
Sports, Cricket

Virat Kohli’s mastery should not be assessed only by runs

For good measure, South Africa too lost the ODI series and the no. 1 ranking after winning the Tests against India. 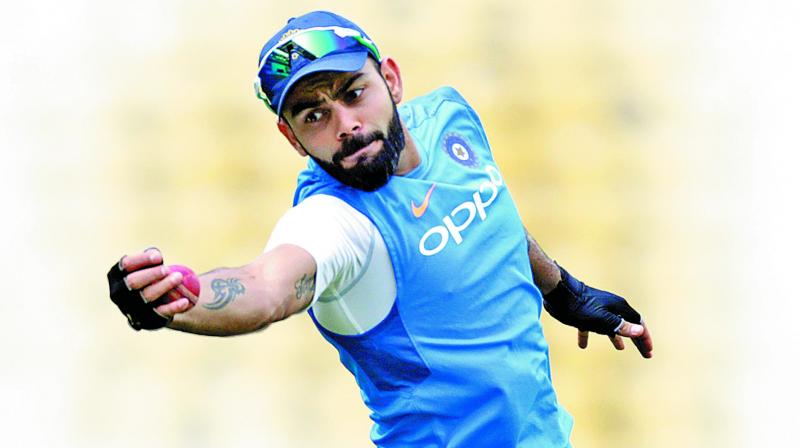 A few days before the last one-dayer, a South African journalist friend mentioned to me that Virat Kohli was arguably the most influential overseas cricketer to have played in his country in decades.

I wonder if Kohli’s swashbuckling century on Friday — as India chased down a modest target with plenty to spare — has removed the last vestige of ambivalence remaining in the journalist friend’s observation.

But even if it hasn’t (good scribes like to retain a buffer of skepticism just in case!), score sheets for the Tests and ODIs reveal an extraordinarily successful tour for Kohli that will be difficult to better for anybody.

For the record, he made four centuries in the two formats. No other batsman on either side had even two. This includes accomplished rivals like Hasham Amla and AB de Villiers and all batsmen from his own team, several of whom were in cracking form when the tour began.

Superb as the Indian bowlers were (pacemen in Tests, spinners in ODIs) the most riveting and crucial factor in the series has undoubtedly been Kohli. After the first Test his form grew so spectacularly that a century looked par for the course!

But Kohli’s three-figure knocks were not irrelevant milestones. He was also the highest run-getter in Tests as well as ODIs on the recent tour, scoring more than 800 runs. Other Indian or South African batsmen, barely reached half that mark.

Clubbed together, the centuries and run aggregate on this tour suggests a one-man army. Indeed, I can’t recall another batsman in the past quarter century who has dominated South Africans in their own den as Kohli has done this time.

Before statisticians and critics start scouring past records to prove me wrong, let me add that Kohli’s mastery should not be assessed only by runs scored, rather the effect he had: on his own team as well as rivals. It is telling.

After the first two Tests were lost (and with it the series) Kohli came under harsh scrutiny for his on field demeanour as well as captaincy tactics. Both dovetailed into the allegation that he had become too powerful for the good of Indian cricket.

How churlish this must seem now! Kohli was not only able to inspire his team to win the last Test and the ODI series comprehensively, team selections and tactics, going by results, were spot on too.

Simultaneously, his personal form has risen to the heights that puts him already alongside the likes of Viv Richards, Sachin Tendulkar, Ricky Ponting and Brian Lara as match-winning maestros. And only 29, he is still on a growth curve!

If there is a word of caution that I would like to sound him about, it is to not get too lulled by the ODI result, but put it in perspective with current trends to see how the team can get better in targeting the World Cup in 2019.

For instance, England who were whipped in the Ashes series, beat World Cup title holders Aussies surprisingly easily in ODIs.

For good measure, South Africa too lost the ODI series and the no. 1 ranking after winning the Tests against India.

To a large extent this suggests a churn happening in ODI cricket where highly fancied sides are being beaten even at home. Can Kohli build from the current victory, buck the trend and establish India as world champion ODI side in mid-2019?

Only time will tell. Meanwhile it’s been a dream script for Kohli ever since his first came into the public gaze as captain of the under-19 World Cup winning team a decade back, and getting even better after he became captain of the senior team.

My recommendation to his critics would be to suspend carping, keep judgment pending, relax and watch him bat instead, in every format, in any situation.

They could be in for a treat of a lifetime.