Markram and Nortje, who were both impressive in South Africa’s comfortable 5-0 ODI series win, have been picked for all three matches. 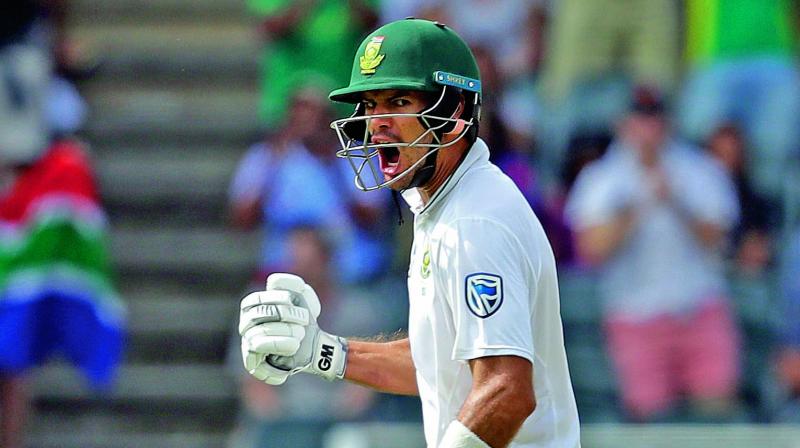 Markram returned for the last two matches, scoring a career-best 67 not out in the fifth ODI. (Photo: AP)

Markram and Nortje, who were both impressive in South Africa’s comfortable 5-0 ODI series win, have been picked for all three matches while the uncapped Qeshile has been selected only for the last two T20Is.

Since making his ODI debut on this tour, Nortje has notched eight wickets from his four matches at an impressive 18.75. Meanwhile, Markram returned for the last two matches, scoring a career-best 67 not out in the fifth ODI.

The promising young Qeshile has come in on the back of some accomplished domestic performances. He has an impressive average of 48.11 in first-class cricket, while he recorded a century and three half-centuries at 41.22 from just 12 List A games.

"Sinethemba Qeshile has had an outstanding rookie season of franchise cricket and is certainly one of the form batsmen in franchise cricket at the moment. He looks a really exciting prospect,” ICC quoted Cricket South Africa (CSA) National Selection Panel convener Linda Zondi, as saying.

“We have used our T20 International matches in the past as the first port of call to widen the pool of talent. This has resulted in Rassie van der Dussen, Gihahn Cloete, Janneman Malan, and Lutho Sipamla being brought through the pipeline with considerable success during the course of the current season,” he added.

In the absence of Faf du Plessis, JP Duminy will stand-in to lead the side in the second and third match. Hashim Amla remains unavailable due to personal circumstances, while Quinton de Kock, Kagiso Rabada and Lungo Ngidi have been rested in the last two matches.

South Africa will play against Sri Lanka in the first T20I on March 19 in Cape Town, followed by second on March 22 in Centurion and third on March 25 in Johannesburg.