'CSK exposed for the first time': Fleming after suffering loss vs Hyderabad

Dissecting the Wednesday's loss, Fleming said inconsistency was a major problem which led to a below-par total of 137/4 by the team. 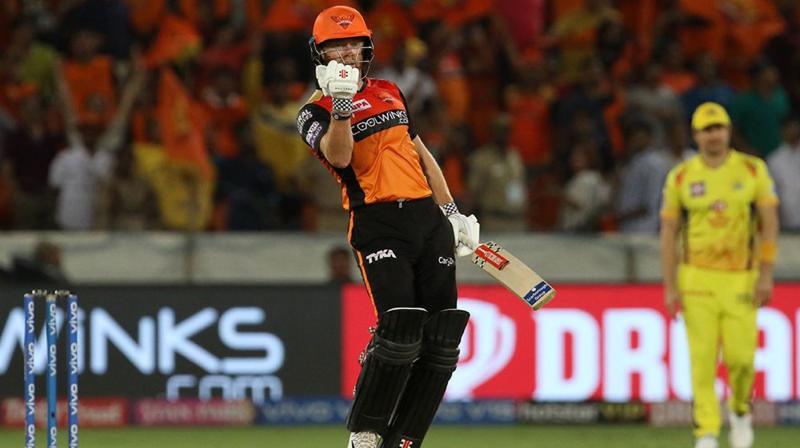 Fleming said skipper Mahendra Singh Dhoni's exclusion due to a back spasm was a precautionary move. (Photo: BCCI)

Hyderabad: Chennai Super Kings coach Stephen Fleming says his team was "exposed" for the first time this IPL in the six-wicket loss to Sunrisers Hyderabad and it would be interesting to see how the side, which doesn't believe in over-analysing, responds to the setback.

Chennai suffered only their second loss of the season on Wednesday and Fleming said the defending champions would work together to iron out the flaws.

"This is the first time in a while we were exposed like that and will be interesting to see how the players respond," Fleming said at the post-match press conference.

"We don't over-analyse our defeats. We identify the areas to work on and we work on those. You have to have some kind of resilience. We played eight and won seven and the ninth one we got to keep motivated," he explained.

Asked if anything would change in training sessions, Fleming said it will be business as usual.

"...except for us focusing more on the things we should have done better. I don't know if there is complacency due to the good run but you have to expect to lose games every now and then," he said.

"Need to make sure that in the next game against RCB we are better. You can't assume you're in the semi-finals. It doesn't matter how teams are playing because each game is tough. That's a motto we have had for a long time," he added.

Fleming said skipper Mahendra Singh Dhoni's exclusion due to a back spasm was a precautionary move.

"He (Dhoni) was stiff after the game in Kolkata. So it's mostly a precaution and it's also the part of the season where we have to careful so that he gets through the season in good shape.

"Every ground he goes to people want to see him play, but we have to make big calls," he said.

Dissecting the Wednesday's loss, Fleming said inconsistency was a major problem which led to a below-par total of 137/4 by the team.

"The performance was a bit stop-start. We started well with the bat, till about 10 overs and after that we got a bit strangled. We kept losing quick wickets and fell short. Hyderabad bowled very well and we didn't bat well," Fleming said.

"What we didn't do today was respect the little things, the batting was inconsistent and when we started with the ball, we were intimidated and inconsistent," he added.