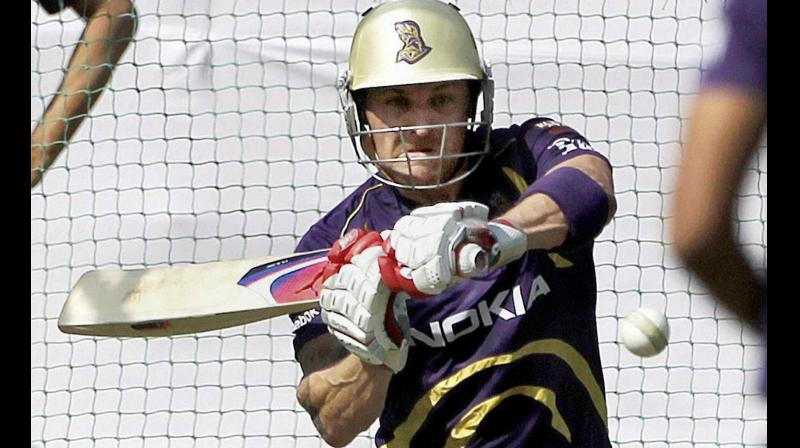 McCullum gave the Indian Premier League a glorious start – precisely this day 12 years ago -- when he struck that hurricane century in the very first match of the inaugural edition between KKR and Royal Challengers Bangalore at M Chinnaswamy Stadium in Bengaluru.

RCB put their rivals in, without an inkling that a Kiwi batsman will take them to the cleaners. KKR got off to a flying start as openers Brendon McCullum and Sourav Ganguly put on 61 runs in just 5.2 overs.

Ganguly (10) was sent back to the pavilion by Zaheer Khan, but McCullum continued to march on. Hammering the bowlers all around the park, McCullum brought up his century in the 16th over of the innings.

What more, in the final four overs McCullum added 56 runs more to take his individual score to 158*.

Posting a mammoth 222/3, KKR had no difficulty in defending the score. They bundled out RCB for just 82 runs, winning the match by 140 runs.

"You talk about sliding doors, and moments in your careers and in lives. That night, my life changed completely in the space of those three hours or actually, even an hour and a half," KKR's official website quoted McCullum as saying.

"Why was I the one who got that opportunity to be able to go and face (the) first (delivery) with Sourav Ganguly? How did I get a chance to play in the first game, have the first opportunity to bat in such a huge tournament for world cricket? How was I even able to grab that opportunity? How much luck did I have along the way? Honestly, I don't know the answers to any of these, but what I do know is that it changed my life forever," he added.

He is often credited with bringing ruthlessness and never-say-attitude in the New Zealand team.