Chief among these is that Sunday’s Champions Trophy game is the second time India and Pakistan will meet in an ICC tournament final. 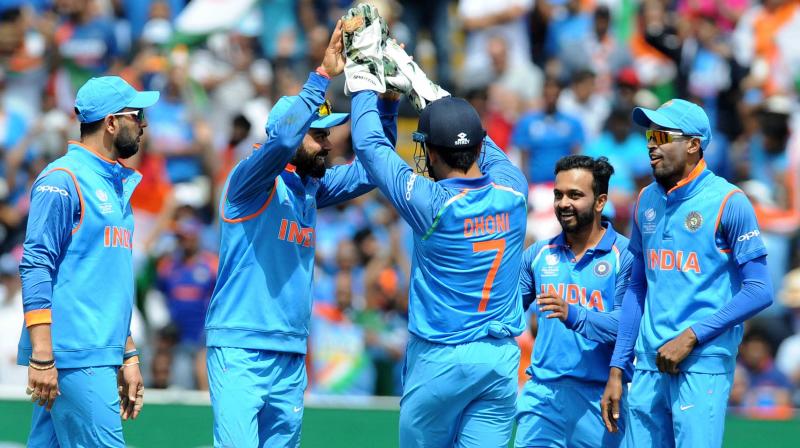 India should guard against complacency in the final.

My statistician friend has been agog the past few days, throwing up figures and facts aplenty. Chief among these is that Sunday’s Champions Trophy game is the second time India and Pakistan will meet in an ICC tournament final.

If that doesn’t sound extraordinary, he highlights a coincidence that gives Sunday’s match an interesting dimension. “In the earlier instance too, India and Pakistan played their first match of the tournament against each other, and India had won.”

He was, of course, referring to the inaugural T20 World Cup in 2007 where India beat Pakistan fairly easily in the league phase, and after both teams had charted an exciting path to the final, produced an epic which M.S. Dhoni’s team won in a sensational last-over finish.

I have my own corollary to this story. Though not located in an ICC tournament, it may perhaps have more relevance for Sunday since it pertains to ODI cricket, not T20. As any worthy will aver, these are two different ball games even if played sometimes by the same players.

This comes from the 1985 World Championship of Cricket played Down Under. India and Pakistan first met each other in a league match at Melbourne, which India won. Three weeks later the two teams met again in the final, which too India won.

If both these episodes suggest a pattern that makes music to the ears of Indian cricket fans, let me temper the buoyant mood somewhat with a reality check from the past that should be a reminder that Sunday’s result is not a foregone conclusion.

Pakistan too have had their moments in multi-nation tournament finals against India. Notably, the Australasia Cup in Sharjah in 1986 when Javed Miandad hit the last-ball six off Chetan Sharma to pull of an incredible victory.

But while history may give some perspective, I believe it actually has little pertinence to what may transpire in Sunday’s Champions Trophy final. It is the relative strengths of players and current form of the two teams right now that is of the crux.

Common sense and cricket logic collude to make India clear favourites. Barring the hiccup against Sri Lanka, the team have been in majestic form. The tenor and tempo of their performances — the calibre and intensity they’ve shown — gives India a veneer of invincibility.

The top order has been in scintillating touch. Rohit, Dhawan, Virat have dominated all attacks, massacred a few and top the list of run-getters. So good have they been that the middle order has had little demand made on it.

Equally, if not more relevant, has been the bowling in which pacemen and spinners alike have been quite superb. The old fear that India’s bowlers can’t make an impact overseas has been belied even if they don’t feature prominently in the wicket-takers’ list.

As captain, Kohli’s been aggressive, relentless and ruthless in pursuit of excellence. The hunger to succeed is palpable in him, and has transmitted strongly to the rest of his players. To put it simply, the Indian team is like a pack of wolves out for the kill.

However, even such stellar attributes and current form does not guarantee a win. Pakistan’s progress in the tournament after losing the first encounter so ignominiously should alert India to the danger that lurks, particularly from their pace bowling.

Young Hasan Ali has shown himself as the best fast bowler in the tournament. Given the skills and experience of Mohammed Aamir and Junaid Khan, this makes for a formidable pace tri. In comparison, Pakistan’s batting and fielding in comparison looks very vulnerable.

Javed Miandad, with whom I shared space on a joint Indo-Pak TV show to preview the final, believes that Pakistan have gathered momentum which may be difficult to subdue. There is some truth-value to this, but only some.

As a team, India are well-balanced, well-tuned, rich in experience. They have played with gladiatorial vigour, flourish and ruthlessness. Pakistan, despite their last three wins, seem lop-sided in composition, edgy, and error-prone. Theoretically, that makes for a no-contest.

And yet, cricket is a funny game to use a time-worn cliche. Upsets are not unknown. It’s also a truism in sport that the accomplished team one must always be wary of the underdog.

So, while cockiness may have some benefit as posturing to intimidate the opponent, it can’t be the mindset or strategy that goads Kohli & Co. to win the game. This does not mean being defensive, rather, not letting the guard drop.

To put it in cricketing terms, India can’t take their eyes off the ball till the match is over!