'It was a fantastic hundred by Dimuth': Kane Williamson

Williamson also said that they thought the wicket would deteriorate more than it did. 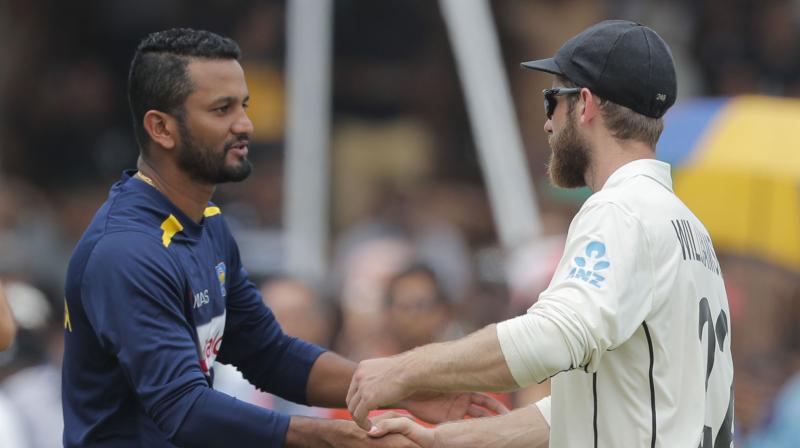 "I think in a last-innings chase, a lot of credit goes to the way Sri Lanka batted. It was a fantastic hundred by Dimuth," ESPN Cricinfo quoted Williamson as saying.
Karunaratne played a knock of 122 runs which helped his side chase a target of 268 runs and consequently, Sri Lanka secured a six-wicket victory in the first Test match.

Williamson also said that they thought the wicket would deteriorate more than it did.

"We thought the wicket would deteriorate more than it did. It perhaps got slower. It wasn't turning a huge amount out of the rough. It didn't get more difficult to bat on. I think there was a little bit more bounce and the turn was a little bit quicker in the first innings," Williamson said.

"Though, saying that, it was a good batting surface as well. I thought our bowlers operated patiently for a long period of time. We probably even bowled better in the second innings, but without the edges going to hand, and those sorts of things, which is the nature of the game we play," he added.

Williamson failed in both the innings as he was sent back to the pavilion on a duck in the first inning and managed to score just four runs in the second.

"Personally I was probably looking to be too positive when it wasn't really required. In hindsight, if you go back in time, that wouldn't have been the option, because the wicket was pretty much just getting slower rather than deteriorating," Williamson said.

The second Test between Sri Lanka and New Zealand will start from August 22.