India vs Australia: We went away from our plans, says Steve Smith post Chennai defeat

Australians were unable to close out India innings afterreducing the host to 87 for 5. 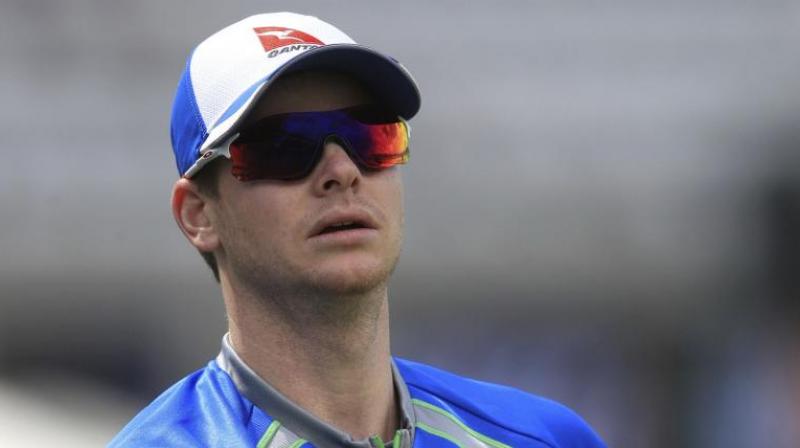 The Australia skipper said that chasing 164 with one ball like in a proper Twenty20 as opposed to new balls from both ends could have made the chase easier. (Photo:AP)

Chennai: Steve Smith has admitted that deviation from plans resulted in Australia's 26-run defeat (DLS) at the MA Chidambaram Stadium in Chennai on Sunday.

India got the opportunity to bat out its 50 overs but was in danger of not doing so, having been reduced to 87 for 5 by Nathan Coulter-Nile in the main. From there on, though, contrasting half-centuries from Hardik Pandya (83) and Mahendra Singh Dhoni (79) lifted it to 281 for 7.

"Unfortunately, we weren't able to capitalise on what was a very good start. 5 for 87 and then I think it was 6 for 206 (205). That partnership [between Dhoni and Pandya] turned out to be a match-winning one. I thought MS and Hardik played very well," Smith said at the post-match press conference.

"I think we probably went away from our plans a little bit. We were hitting such a good length and certainly persisted with that for a while with the good bouncers we were bowling."

"We were trying too many things, too many slower balls, just not hitting that good hard length we were hitting early on," he added.

The Australia skipper said that chasing 164 with one ball  like in a proper Twenty20 as opposed to new balls from both ends could have made the chase easier.

"It was never going to be easy chasing 160 with two new balls. I think 160 with one new ball would have made things a lot easier," Smith said.

"When you have two new balls from both ends, as you saw the whole game, we took three wickets with the new ball and they found it quite hard. It was the same for us. When you are playing 20 overs, you don't have a great deal of time to make things up."

"You need eight an over basically from ball one. It was difficult in that aspect. Perhaps we could have been a little bit more defensive at the start, keep wickets in hand and went harder later," he added.

Speaking about the dropped catches, the Australia skipper said, "You always want to take your catches."

"I obviously dropped one early and one that sort of yorked me as well - the Hardik Pandya's one, I couldn't get my hands underneath it," he added.

With the win, the hosts took a 1-0 lead in the five-match series. The two teams will now meet in the second ODI to be played on Thursday at the Eden Gardens, Kolkata.