The report, which was presented before National Assembly on Monday, stated that PCB had to face a loss of 248.615 million Pakistani rupees. 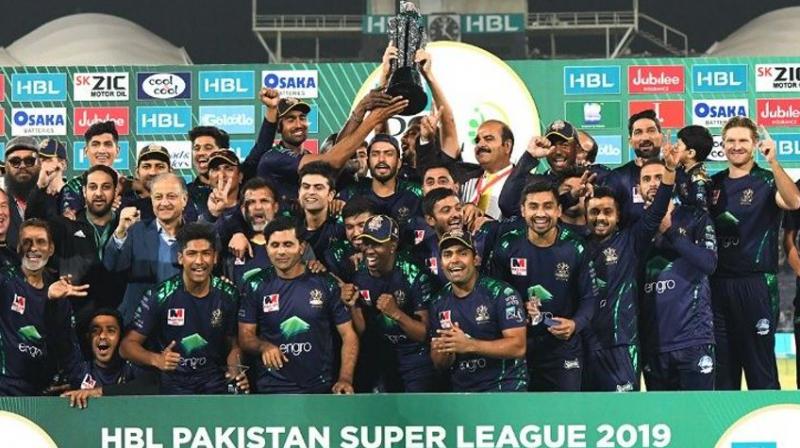 The report also revealed that PCB did not recover amounts due from franchises worth 32.050 million Pakistani rupees. (Photo: PSL/Twitter)

Islamabad: The Auditor General of Pakistan in the special audit report indicated massive corruption in the first two seasons of the Pakistan Super League (PSL).

The audit report of the year 2017-18 highlighted irregular payments to franchises, irregular advance payment to vendors, non-recovery of dues from the franchise, TA/DA to journalists and the members of Board of Governors, Dawn reported.

PSL was started in the year 2016 and has successfully seen four seasons so far. The tournament was inaugurated to promote cricket in Pakistan and to provide a platform for youngsters to showcase their talents.

The report, which was presented before the National Assembly on Monday, stated that Pakistan Cricket Board (PCB) had to face a loss of 248.615 million Pakistani rupees due to irregular payments to franchises in excess of an agreed share of the central pool.

The report also revealed that PCB did not recover amounts due from franchises worth 32.050 million Pakistani rupees.