'Smith's batting technique would be accepted if he was Indian', says coach Woodhill

Smith dominated the series by accumulating 774 runs at an average of more than 110 that included three centuries and as many fifties. 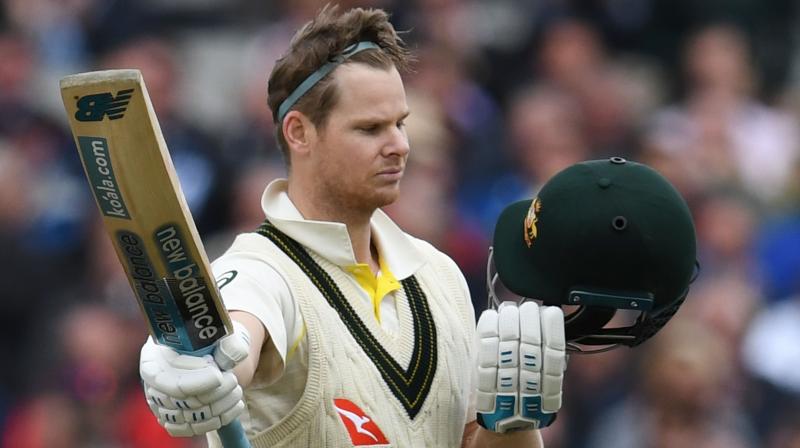 Days after Smith redefined the art of run-scoring in an Ashes series that belonged to him, Woodhill said uniqueness and unorthodox styles should be celebrated. (Photo: AFP)

Melbourne: Lamenting Australian cricket's "aversion" to embrace unconventional styles, Steve Smith's formative coach Trent Woodhill observed that his famous ward's uniqueness would be accepted in the Indian system, where it is "all about the output".

Days after Smith redefined the art of run-scoring in an Ashes series that belonged to him, Woodhill said uniqueness and unorthodox styles should be celebrated.

"If Steven was Indian, his technique and mechanics and the strategy around his batting would just be accepted," Woodhill was quoted as saying in ESPNcricinfo.

"We see Kohli, Gavaskar, (Rohit) Sharma, Ganguly, Sehwag - all these players have unique techniques. The Indian system is all about output, about scoring runs, 'We don't care how you do it as long as you do it', whereas in Australia we wanted you to score well and we wanted you to look good."

Smith dominated the series by accumulating 774 runs at an average of more than 110 that included three centuries and as many fifties.

However, his unique approach to batting, especially while leaving deliveries, was discussed by those who view his technique through the classical lens.

Woodhill isn't too happy with those struggling to accept uniqueness, saying this attitude can have a negative impact on a young player's career.

"Young players need protection from both themselves and others who don't like difference. A cricket dressing room can be a brutal place for a young player, who might be forced to conform - more so in Australia than any other country I've been in.

"In Australia we struggle with things that are different. We like a sexy Shaun Marsh thirty, made with a conventional, attractive technique, rather than an unconventional Steven Smith hundred."

"Other nations just find a way to accommodate such players. Like a Rashid Khan, who holds the ball like an offspinner but bowls legspin, an Anil Kumble - seam-up, wristspin, predominantly wrong'un.

"Australian cricket likes to pass the baton on: this is how you do it, this is how it's always been done. Steven's come along, and to some extent, David Warner's come along and said, 'No, we're gonna do it this way now', and they've had a lot of success," Woodhill observed.

He called Smith the best since the great Donald Bradman.

"The old guard, the older Test greats, still can't understand how it works. So they still think, especially bowlers, 'Well, if I was bowling, I'd sort this guy out'.

"And that's the thing with cricket, especially in England and Australia: 'If I can't understand how it looks, it can't work'.

"Steven has proven them wrong. He's the best since Bradman; this is not even an argument anymore."