Stokes lashed out on the daily and called the publication immoral and heartless. 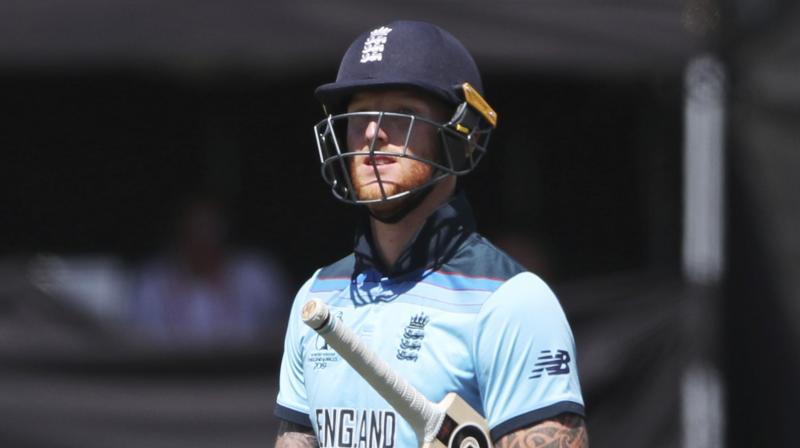 England and Wales Cricket Board Chief Executive Officer (CEO) Tom Harrison on Tuesday backed Ben Stokes after an English daily published a report about the cricketer's secret family tragedy, saying that the country stands with him in support. (Photo: AP)

London: England and Wales Cricket Board Chief Executive Officer (CEO) Tom Harrison on Tuesday backed Ben Stokes after an English daily published a report about the cricketer's secret family tragedy, saying that the country stands with him in support.

"We, like the wider sporting world, are disgusted and appalled at the actions taken in revealing the tragic events from Ben's past," Harrison said in a statement.

"We are saddened that an intrusion of this magnitude was deemed necessary in order to sell newspapers or secure clicks. Ben's exploits this summer have cemented his place in cricket's history - we are sure the whole sport, and the country, stands behind him in support," he added.

The daily's report claims that his mother's two children were killed by her ex in 1988, a few years before the cricketer's birth.

Stokes lashed out on the daily and called the publication immoral and heartless.

"Today The Sun has seen fit to publish extremely painful, sensitive and personal details concerning events in the private lives of my family, going back more than 31 years," the cricketer's statement read.

"It is hard to find words that adequately describe such low and despicable behaviour, disguised as journalism. I cannot conceive of anything more immoral, heartless or contemptuous to the feelings and circumstances of my family," he added.

He said that his family has worked hard to deal with the private trauma and to keep the "deeply personal and traumatic events" private.

"For more than three decades, my family has worked hard to deal with the private trauma inevitably associated with these events and has taken great care to keep private what were deeply personal and traumatic events," said the statement.

"On Saturday, the Sun sent a 'reporter' to my parents' home in New Zealand to question them, out of the blue, on this incredibly upsetting topic. If that wasn't bad enough, the Sun thinks it is acceptable to sensationalize our personal tragedy for their front page," the statement added.

After the conclusion of Ashes, he was awarded England's Man of the Series award.

The all-rounder also had a successful World Cup campaign as he scored 84 runs in the final against New Zealand to help his side lift its maiden 50-over World Cup.

The 50-over and super over action had ended in a tie, but England was adjudged as the winner as they had scored more boundaries in the match.