'Ganguly as BCCI chief will deliver his duties with same passion': Sachin Tendulkar

Sehwag also attended the event and said that he is very excited to open the innings with Tendulkar and face former Australia pacer Lee. 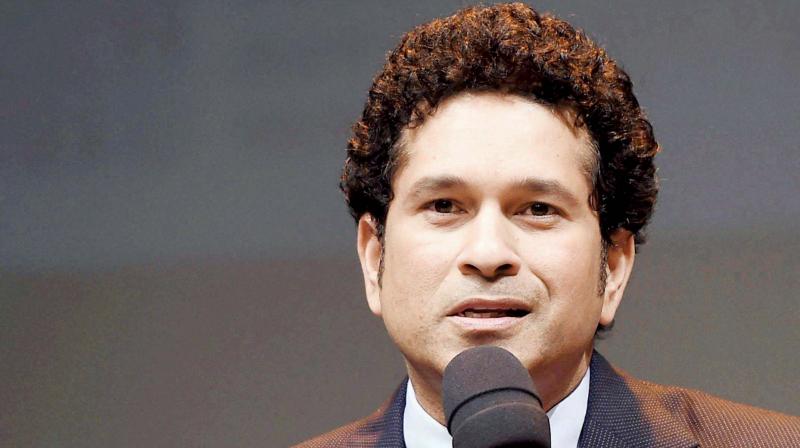 Lara said that the ICC Test Championship should have had started a long time ago. (Photo: File)

Mumbai: Former India batsman Sachin Tendulkar has backed Sourav Ganguly, who is set to become the President of the Board of Control for Cricket in India (BCCI), saying that he will deliver his duties to the nation with the "same passion" as he did when he played cricket.

"The way he played his cricket, the way he has gone out and served the nation, I have no doubt that he will continue to serve the nation in the same capacity and same manner with the same passion," Tendulkar said on the sideline of the launch of Road Safety World Series.

Many former cricketers like Virender Sehwag, Brian Lara, Brett Lee, Tillakaratne Dilshan and Jonty Rhodes will also take part in the series which will take place next year in February to spread awareness regarding road safety.

Sehwag also attended the event and said that he is very excited to open the innings with Tendulkar and face former Australia pacer Lee.

"Road Safety World Series is going to start in which many legends will play but the important thing is why it is being played? It is being played to spread awareness regarding road safety. It is a good initiative. I am very excited to open again with Tendulkar and face Brett Lee," Sehwag said.

Lara said that the ICC Test Championship should have had started a long time ago.

"For someone who has played for 16-17 years, you felt that at some point, it becomes monotonous. You keep going and travelling, you win or lose the series; it does matter but in Test championship, there is an end. I think this is what should have had happened a long time ago," Lara said.