Making the case for Captain Cool, or not!

All said and done, a tricky issue as the for and against Dhoni ‘teams’ are strongly entrenched in their reasons and rationale. 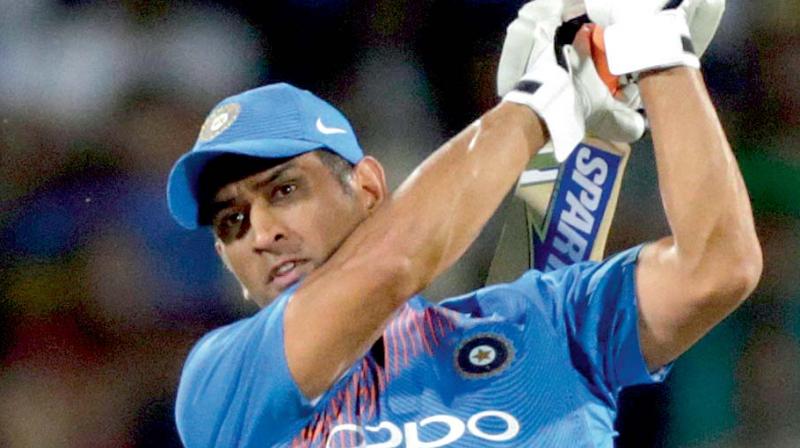 The question is — to be or not to be? There is a storm blowing in Indian cricket over whether Mahendra Singh Dhoni should be continued with or sidelined from the India Twenty20 team. The debate has been fuelled by a number of former Test players, with some firing at Dhoni with all guns blazing. On the other side of the fence, defending Dhoni are another set of ex stalwarts. Interestingly, there is sharp line of division between those gunning for the former India skipper’s ouster from the national team and those in favour of retaining him till next the World T20.

Recently retired players like Sourav Ganguly, V.V.S. Laxman, Virender Sehwag and Ajit Agarkar are unanimous in their opinion that there is no place for Dhoni in the national team based on his recent performances in the shortest version of the game. The other — more senior — section, headed by maestro Sunil Gavaskar, Bishan Singh Bedi, Anil Kumble, Syed Kirmani and Ashish Nehra (though himself recently retired) strongly feel that Dhoni should be retained. Skipper Virat Kohi has backed his former captain to the hilt.

All said and done, a tricky issue as the for and against Dhoni ‘teams’ are strongly entrenched in their reasons and rationale. The issue came alive during the Rajkot T20 game against New Zealand where Dhoni failed in his familiar role of finisher, despite scoring 44 runs off 37 balls with the help of two fours and three sixes. India finished short of their target by 40 runs.

Dhoni’s contribution in T20 Internationals is a knotty issue. Nevertheless, a casual glance at the statistics disproves certain facts and on some evidence, supports and strengthens it.

Dhoni ’s performances in the Indian Premier League are a benchmark, with 3,651 runs (avg. 37.88), a highest score of 70 and a strike rate of 136.75, including 251 fours and 156 sixes. He has so often proved his worth as a trustworthy finisher for both the Chennai Super Kings and Rising Pune Supergiant.

On the contrary, in Twenty20 internationals, he has complied 1,281 runs (avg. 35.58), studded with 86 boundaries and 40 sixes, a highest score of 56 and a strike rate of 123.41. On the face of it, he is on the lower side of the bar in the international arena. But statisticians point out that from the time he took over the Twenty20 India captaincy at the World Cup in South Africa and till the Thiruvannathapuram game against New Zeraland, there has been revolution in his strike rate.

My statistician friend Rajneesh Gupta has provided a lot of input on Dhoni’s Twenty20 performances. He touched his peak in 2010 at a strike rate of 149.12. But in last three years, his SR has dipped, coming down to 131 in 2017. It can be argues that he has matured over time and turns to aggression as per the situation.

In case Dhoni has to be retained, the options available are to be considered. It is pertinent to point out that during the tenure of his Twenty20 outings; he has batted five or six down. The statistics suggest that his SR was 122.83 and more or less similar average while batting at no. 5. On the other hand while batting at no. 6, he averages 34 at an SR of 111.84. Comparing his performance with others in the same batting position, Dhoni stands above all comers on all parameters vis-a-vis his compatriots from other cricketing countries.