Pooran was given a four-game ban during the third one-day international against Afghanistan. 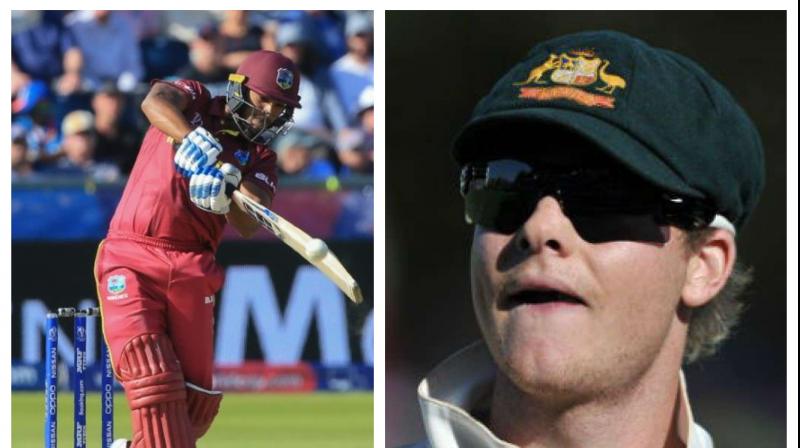 Former Australia captain Steve Smith, who was banned for a year for ball-tampering, says he does not feel hard done by despite a much lighter sanction handed down to West Indies batsman Nicholas Pooran for the same offence. (Photo:AFP)

Melbourne: Former Australia captain Steve Smith, who was banned for a year for ball-tampering, says he does not feel hard done by despite a much lighter sanction handed down to West Indies batsman Nicholas Pooran for the same offence.

Pooran was given a four-game ban during the third one-day international against Afghanistan, the International Cricket Council (ICC) said last week.

Smith was initially banned for a test by the ICC after admitting that Australia had tried to alter the condition of the ball during the Newlands test against South Africa in March 2018.

But governing body Cricket Australia subsequently banned him for 12 months along with team mate David Warner, and stripped both of their leadership roles.

“Everyone is different, every board is different, and the way they deal with certain issues,” Smith, who remains barred from leadership roles until March 2020, told reporters in Brisbane on Monday.

“I don’t feel hard done by. It was a long time ago now. I’ve moved past it and I’m focusing on the present.”

Smith’s ban from international and domestic cricket expired in March and he was rushed back into the Australia squad for the one-day World Cup in England.

He also played a starring role with the bat in Australia’s retention of the Ashes in England in September.

Smith played with 24-year-old Pooran at Barbados in the Caribbean Premier League last year while serving his ban, the terms of which allowed the Australian to play in non-international competitions overseas.

“I know Nicholas, I’ve played a bit of cricket with him and he’s a talented player and someone with a bright future,” Smith said of wicketkeeper-batsman Pooran, who has played 16 one-day internationals and 14 Twenty20 internationals.

“I think he’ll learn from his mistake and move past it ... I think he’s going to be an exceptional player in white-ball cricket.”

Smith was fined 25 percent of his match fee for a code of conduct violation after showing dissent with the umpire’s decision when he was given out caught behind when batting for New South Wales against Western Australia last week in a Sheffield Shield game.

The master batsman subsequently apologised to his team mates for setting a poor example.

“Of course, I’ll still make mistakes, I’m a human being, we all do,” he said on Monday.

“But being able to catch yourself and the way you’re thinking is something I’ve learnt and something I’ll continue to work on and continue and get better at.”