Ashwin is far better than me: Kapil Dev

Dhoni is still going great guns in limited overs. He chose to walk away from Tests despite being good enough to play for a few more years. 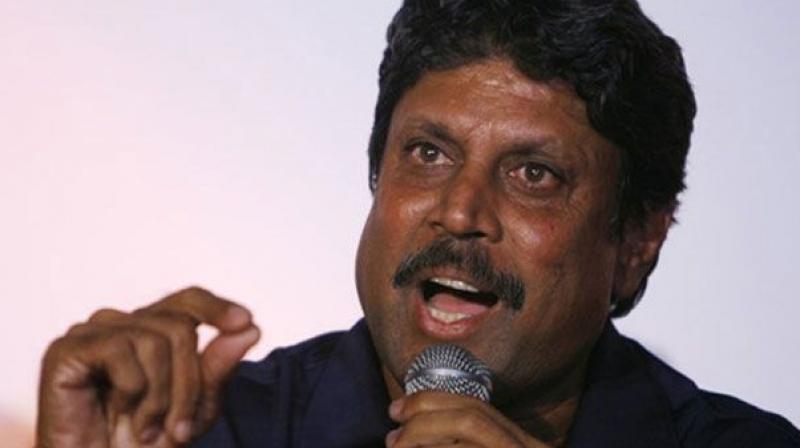 Chennai: For people who have been asking who is India’s next Kapil Dev, the answer has come from the man himself. The captain of the 1983 World Cup-winning Indian team says it’s R. Ashwin.

“I think he is far better than I. His record bears testimony to how well he has been doing. To pick 250 wickets in 40-odd Tests is phenomenal. No other bowler could manage that in many decades,” Kapil told this newspaper on Saturday.

The 57-year-old said the Chennai cricketer had set a new benchmark for other all-rounders to emulate. “He is the biggest match-winner in this team and even someone like Virat Kohli has acknowledged that. And that’s why he can be termed as an impact cricketer,” Kapil added.

Ashwin is currently one of the few players to feature in all formats of the game. Kapil said the off-spinning all-rounder should take care of his body if he feels the schedule is taking a toll on him.

“He can very well pick and choose a format he likes. Nobody is insisting that you play in all the three. The players today are all professionals. They have to decide for themselves.

“They are the best judges of their bodies,” he added.

Kapil said the current Indian side, under the charismatic Kohli, had borne the fruits of the labour of the earlier teams. “What is more difficult is that despite the retirement of Sachin Tendulkar, Rahul Dravid, V.V.S. Laxman, Zaheer Khan, India didn’t crumble like the great West Indies team.

“That India have continued to dominate with a new set of players is heartening,” he added.

While many have been arguing Kohli’s case to lead India in all three formats, Kapil doesn’t feel the need to change the current situation.

“Dhoni is still going great guns in limited overs. He chose to walk away from Tests despite being good enough to play for a few more years.

“That was a selfless act as not many cricketers who have played 90 Tests would choose to leave in the way he did. And, it wouldn’t be prudent to put too much pressure on Kohli.

“I think we should give Dhoni the freedom to decide how long he intends to play and lead the team. He has done quite a lot to deserve that respect,” he said.

Though India have been doing well under coach Anil Kumble, Kapil said three months is too short a period to gauge the ability of an individual’s merit.

“If Kumble is given a longer contract, we would be in a better position to judge his competence,” said Kapil.

Some critics have pointed out that unless India start doing well overseas, they can’t lay claim to number one ranking. But Kapil said the theory holds good for every team.

“Even Australia haven’t won in the sub-continent of late. The English team’s fast bowlers have struggled to adapt to Indian conditions and haven’t picked up as many wickets as they would have in their familiar environments.

“It is unfair to indulge in nitpicking and accuse Kohli of failing overseas. You can’t question the credentials of a player who has played consistently well for so long and in different formats,” he added.