Virat Kohli is only the 31st batsman in the history of Test cricket to reach 900 points. 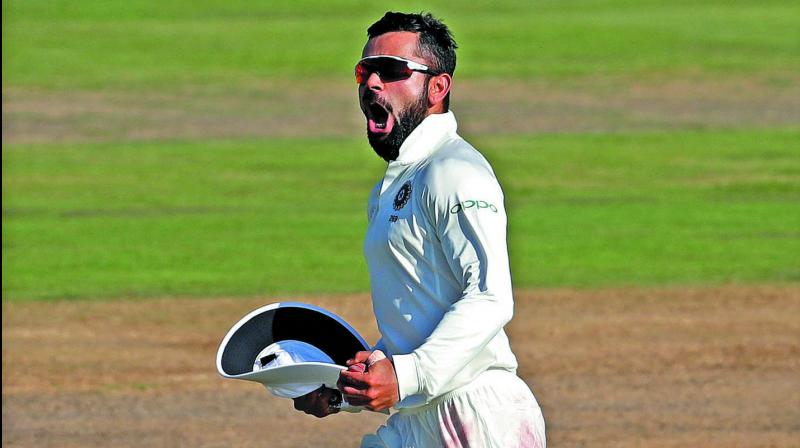 Dubai: Virat Kohli has become only the second India batsman after Sunil Gavaskar to reach the 900-point mark in the latest ICC Player Rankings for Test batsmen, which were released following the conclusion of the Centurion Test.

Gavaskar, one of the ICC Cricket Hall of Famers, had achieved the milestone in his 50th Test when he scored 13 and 221 at The Oval in 1979 to jump from 887 points to 916 points which remained his career-best.

Kohli got to the rare feat in his 65th Test after vaulting from 880 points to 900 points.

Sachin Tendulkar and Rahul Dravid are the other two India batsmen who came close to the 900-point mark, but were unable to break the barrier. Tendulkar peaked to 898 points in 2002, while Dravid achieved 892 points in 2005.

In doing so, Kohli has also leapfrogged Joe Root of England into second position as the top four positions continue to be occupied by Test captains who have all played in past ICC U19 Cricket World Cups.