Series on the line as India take on Australia in final ODI. 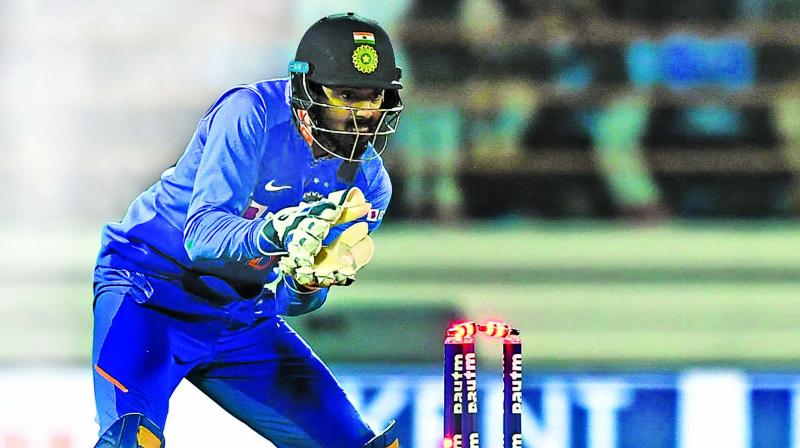 Bengaluru: A collective team performance from India made sure that the series was kept alive at Rajkot and set up an engrossing final in the three-match ODI series against Australia at the M. Chinnaswamy Stadium on Sunday. Virat Kohli’s men fought back valiantly to win by 36 runs after falling to a 10-wicket defeat in Mumbai.

With the series evenly poised at 1-1, it will be a winners take all affair with the series on the line and a chance to avenge the ODI series loss last year that was played in the build-up to the 2019 World Cup.

What would have pleased Virat Kohli most in the previous game was that the win came on the back of a fine team performance. Shikhar Dhawan, Virat Kohli, and K.L Rahul showed why the hosts are a force to reckon with the bat, given the batting resources available at their disposal. Dhawan who is going through a purple patch at the moment was unlucky to miss out on a hundred at Rajkot, but more importantly, gave the team a solid start along with Rohit Sharma.

Rohit went down with an injury in the second innings at Rajkot clutching his left shoulder while fielding in the deep, but Kohli insisted post-match that he would be fine for the final one-day international. If Rohit was to sit out the game, K.L Rahul might slot back into the opening role after a game-changing role at number 5. Rahul’s innings at Rajkot provided that late impetus in the death overs and showed his adaptability batting at a number he is not accustomed to.

With the bowlers all clicking in unison after a miserable outing in Mumbai, the bowling attack looks fairly settled with Jasprit Bumrah, Mohammad Shami and Navdeep Saini expected to comprise of a five-man bowling attack along with Kuldeep Yadav and Ravindra Jadeja. The ease which with the pacers were able to execute the yorker in the previous game would have given the team management one less thing to worry about if they are asked to bat first considering that whichever team wins the toss would prefer to bowl first.

The Chinnaswamy Stadium with its shorter boundaries has seen totals in excess of 300’s and some memorable encounters between India and Australia. It was the series decider in 2013 at Bengaluru when Rohit Sharma cracked his first double-hundred in ODI cricket and David Warner struck a hundred in the previous encounter back in 2017.

The Aussies have enough firepower with both bat and ball to make it an even contest and will fancy their chances likewise. If Warner and Aaron Finch struck hundreds in the opening game, Steve Smith along with Marnus Labuschagne (46) put Australia on track in pursuit of 340 before he fell short on 98. In Mitchell Starc and Pat Cummins, Finch has a lethal fast bowling combination that can unsettle any opposition along with the guile of Adam Zampa who has found a knack to pick up wickets in the middle overs.