'We are ready for Test cricket', says Mohammad Nabi

Afghanistan have become the second quickest side to record a Test win, doing so in just their second game in the longest format. 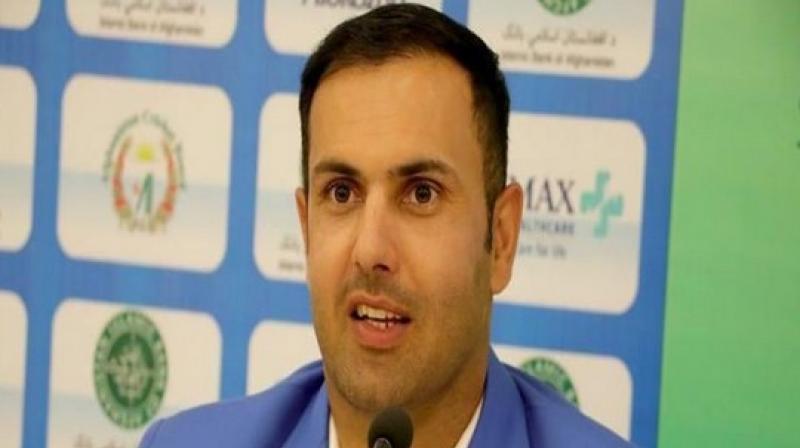 With the victory, Afghanistan has gained sufficient confidence considering how they struggled during their first Test, where India picked up all 20 wickets in two sessions. (Photo: Mohammed Nabi Twitter)

Dubai: All-rounder Mohammad Nabi termed the efforts of Afghanistan as "outstanding" following his side secured their maiden Test series win over Ireland.

Afghanistan have become the second quickest side to record a Test win, doing so in just their second game in the longest format, ICC reported.

“It's a very historic day for the whole of Afghanistan. Every format is different. Test cricket has a different flavour to it. The way our guys performed in batting and bowling, the kind of comebacks that we did, the way Rahmat Shah and Ihsanullah batted was outstanding. Rashid's spell yesterday, the first time taking five wickets, it was a matter of great pride. It shows we are ready for Test cricket,” Nabi said.

With the victory, Afghanistan has gained sufficient confidence considering how they struggled during their first Test, where India picked up all 20 wickets in two sessions.

Nabi, however, pointed to Afghanistan's record in the first-class Intercontinental Cup competition, saying his side would always come good at some stage. Afghanistan participated in the competition three times - 2009-10, 2011-13, and 2015-17 and lost just one game across all three campaigns.

“They [India] are the number-one ranked Test side and they are the best in home conditions as well. That's why we lost the game in two days. When you see the Intercontinental Cup games of Afghanistan we never lost any games except in the final against Ireland [in 2013]. All other games we won or drew. It means we are a good team in Tests as well,” he said.

The all-rounder further said that since Afghanistan can compete, more opportunities to play Tests against other teams should be forthcoming.

“When you win then the teams will tell you to come and play with them. Nobody plays a weak team. They might think that Afghanistan is weak but not so much that we can't fight them. We have the world's best spinners and we are trying to concentrate on our batting line-up. If we can put up a good score on the board then we are confident of beating any team in the world," Nabi said.