Watch: Virat Kohli shows his class despite defeat against Pakistan

Instead of being distraught with defeat in the ICC Champions Trophy final. Kohli showed great humility as he congratulated Pakistan. 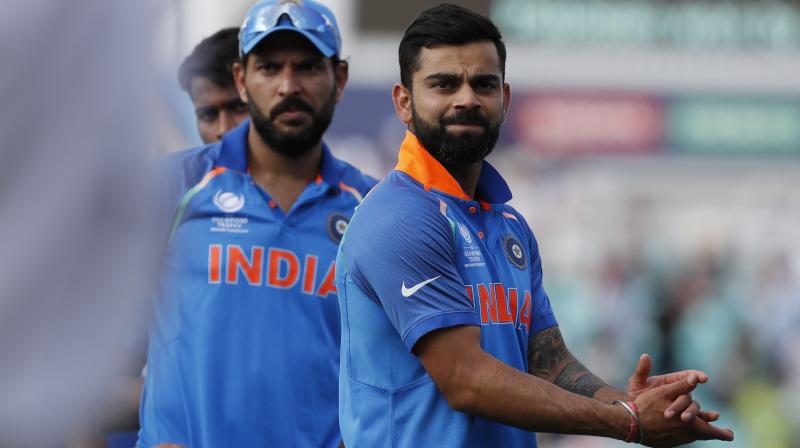 London: Despite having suffered a heavy defeat at the hands of arch-rivals Pakistan, Virat Kohli exhibited great spirit to go over to the Pakistan players to interact with them after the ICC champions Trophy final.

Pakistan, the lowest ranked team in the tournament, completely outplayed defending champions India in the summit clash, to win by 180 runs.

Kohli went on to congratulate the Pakistan cricket team for their stellar performance. He said, “They really had a great performance. I congratulated them in the post match, I would do the same here. They deserved to win. They certainly played really good cricket.”

Pakistan, who were never really given much of a chance in the tournament, came back from the brink of crashing out in the Group stage itself, as they were down 162 for seven in their third group stage game against Sri Lanka, with 75 runs left to win.

Captain Sarfraz Ahmed and Mohammad Amir mounted their comeback, as they went on to defeat the Lankans, following that up with a victory against England in the semis.

Virat Kohli congratulated this remarkable turnaround by Pakistan in the tournament.

“You understand those dynamics as a team, when things are not happening and then you win a tournament like this,” said Kohli. “Credit to them for winning the title today.”

What really warmed the hearts of the cricket fans was that Kohli, instead of being distraught with defeat in a highly charged match, showed great humility.

He and senior cricketer Yuvraj Singh went over to some of the Pakistani players, namely Shoaib Malik and Babar Azam, and congratulated them.