The off-spinner revealed that he would have played the county last season if not for the packed schedule. 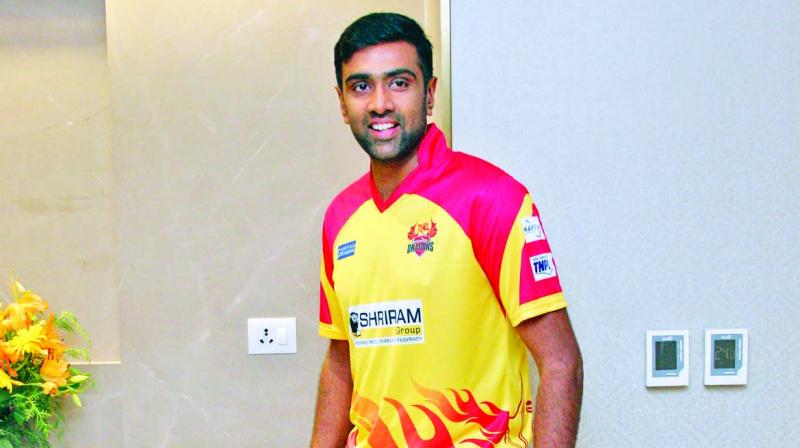 Chennai: R. Ashwin is open to the idea of playing county cricket to gain more exposure to the conditions in England. The off-spinner revealed that he would have played the county last season if not for the packed schedule. He also said that foreign players are getting a lot of experience by playing in T20 leagues across the world, but Indian cricketers have limitations.

Cheteshwar Pujara has said county cricket has helped him. Even Virat Kohli has expressed interest to play in England. Are you open to the idea of playing county cricket?
I don't know how much it will help since I haven't played but even last year I was mulling the option of playing county cricket. I don't know how much of a window we have, to go and play there. There are limitations that we can't play T20 cricket abroad. When we have a break, it is mostly T20 time there. Most of the countries allow their players to play the various T20 leagues and they become richer with experience. You saw how well Australia and England adapted when they came here. I am sure it's the direction it's going to go.

During the recent West Indies ODIs, you had a new bowling action. Will it continue in Tests?
Ever since I started, I think this is my tenth bowling action (laughs). Maybe two years down the line we can sit and scrutinise if it worked or not.
I’m open to change and you can expect just about anything from me.

With so many T20 matches being played, scoring 300 plus in ODIs is very easy. Is it getting difficult for the bowlers nowadays?
It feels like you are running inside a boxing ring, you can't run for very long. People are coming to watch runs being scored and hence the product is going that way. Bowlers have always adapted and over a period of time they will adapt. But people have to understand the economy rates and strike rates in a new manner. You can't perceive the game like it was in the 90s when Anil Kumble or Venkatesh Prasad were bowling. It is not the same anymore.

Do you think the new bat specifications will make a substantial difference?
I don't know if it will make that much of a difference. But at least if these mistimed shots instead of lobbing over somebody carries to the fielder, it would be nice. Some of the umpires I have spoken to said it will make a difference though most of them were bowlers.

Your thoughts on CSK's comeback:
I think CSK is very close to the city. A team that has done so well in the IPL was definitely missed and I think the two-year hiatus has only increased the value of the team. The fans across the country and even around the globe are looking forward. I just hope it turns out to be a very good comeback for CSK.