The 27-year-old Brazilian joined Barcelona from Liverpool in January 2018 for an initial 120 million euros. 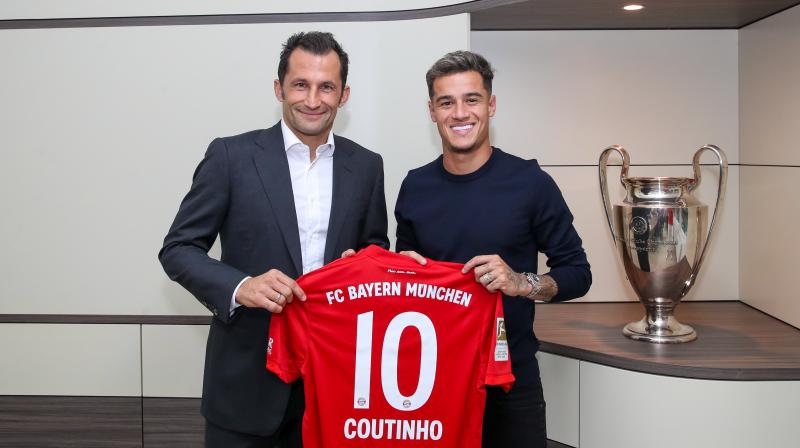 Madrid: Barcelona's Philippe Coutinho has joined Bayern Munich on a one-year loan worth 8.5 million euros ($9.5 million) with an option to buy, the Spanish club confirmed Monday.

"The agreement provides for an option for Bayern to buy at a 120-million-euro fee," Barcelona said.

But the international midfielder's stint at Barcelona never worked out as hoped despite huge excitement around his arrival at the Camp Nou.

Initially tried in midfield where he plays for Brazil, Coutinho was pushed into the front three by Ernesto Valverde last season but the switch never paid off.

"For me, this move means a new challenge in a new country with one of the best clubs in Europe," Coutinho said on Bayern's website.

"I'm very much looking forward to that. Like FC Bayern, I have big ambitions and I'm convinced that I can achieve them together with my new teammates."

The German club hopes he will provide reinforcement in attack following the departure of veteran duo Arjen Robben and Franck Ribery at the end of last season.

"With his creativity and outstanding skills, Philippe is a player who will immediately strengthen our attack," Bayern CEO Karl-Heinz Rummenigge said.