The most important takeaway from the first ODI was Pandya’s ability to handle pressure when the chips were down. 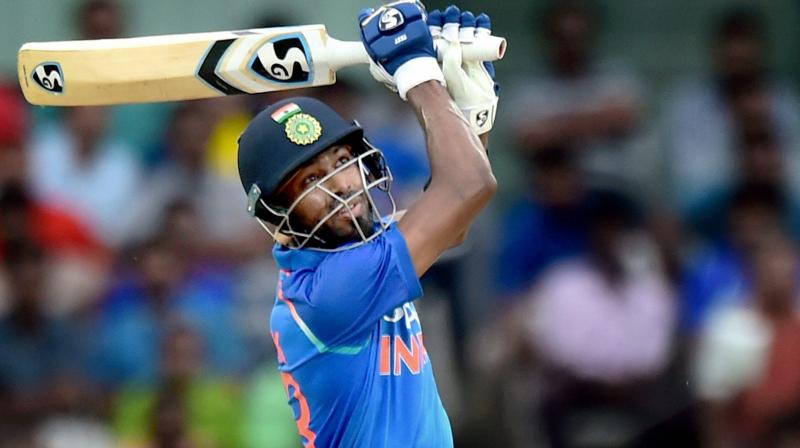 Chennai: Tattooed biceps, funky hairdo, flamboyant attitude and no qualms about dating a celebrity. Virat Kohli and Hardik Pandya seem to have a lot in common these days. When Pandya strolled into the middle with India struggling at 87/5 against Australia in the first ODI, there were more traces of Kohli — a white hand towel tucked at the waist and a black sweatband on the left arm. He oozed confidence and bailed India out of trouble in style.

Since the time the Baroda all-rounder burst onto the IPL scene with the noticeably heavy Caribbean accent, Pandya has been cut out for the new-age Team India. And not surprisingly, he has shown great camaraderie with the India skipper, on and off the field.

Pandya’s Sunday show at Chepauk — a match-winning performance of 83 runs and two crucial wickets — enhanced his reputation as a genuine all-rounder that India have been searching for.

The most important takeaway from the first ODI was Pandya’s ability to handle pressure when the chips were down. He started off cautiously, moved a gear up to go run-a-ball before going full throttle. And he was wise in targeting his victim. Such was Pandya’s power that he cleared the ropes effortlessly without even brining his feet into use.

As former India opener Akash Chopra explained in a column on espncricinfo, there was nothing wrong with Adam Zampa’s line and length, but Pandya found a way to cream the leg-spinner for three consecutive sixes.

“Anyone who can hit sixes against spin without using the feet will be an asset because the bowler doesn’t have any inkling of the batsman’s plan and can’t adjust.

“The other thing that stands out in Pandya’s hitting is his preference of targeting the straight boundary as much as possible,” Chopra wrote.

Australia skipper Steve Smith, too, acknowledged Pandya’s impact. “The partnership between Pandya and Dhoni changed the game. They put 120-odd runs to take India from 87 to 206. In the end, it proved to be a match-winning partnership,” he added.

Smith said Zampa was bowling very full and Hardik looked like hitting everything out of the park. “The message to Zampa was to bring his length back a bit. As soon as he did that, it made Pandya go across the ball and get out,” he added.