Miller pulled off an acrobatic attempt and single-handedly caught the ball. 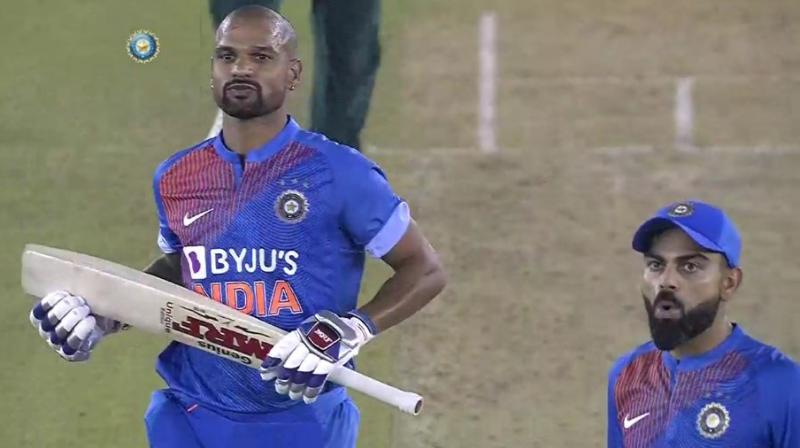 This superhuman effort from Miller brought out a wry smile from Shikhar, while the Indian skipper appeared shocked at this effort. (Photo: Hotstar/ screengrab)

Mumbai: Virat Kohli picked up a stunning catch to dismiss the South African skipper, Quinton de Kock. That was the catch of the match until David Miller pulled of a flying shocker. He literally grabbed the ball from mid-air, that too at the boundary line and took set batsman, Shikhar Dhawan’s wicket.

The catch had all the definitions of the catch of the series. It was the 12th over and Shikhar Dhawan Dhawan was on strike. Tabraiz Shamsi bowled a slower one and Dhawan slammed it towards the boundary line. Miller pulled off an acrobatic attempt and single-handedly caught the ball. This superhuman effort brought out a wry smile from Shikhar, while the Indian skipper appeared shocked at this effort.

That reaction from Kohli says it all! #INDvSA pic.twitter.com/ECuU9i15fY

After the match, Dhawan was in high praise of Miller, “It was an unbelievable catch and Virat was thinking that as well. I was smiling and appreciated his effort. It was hit hard, it wasn’t lofted, it was hit flat and I took it in my stride.”