Want to go with a win, says Ben Stokes

I think I contributed by taking the wicket of Cheteshwar Pujara: Stokes 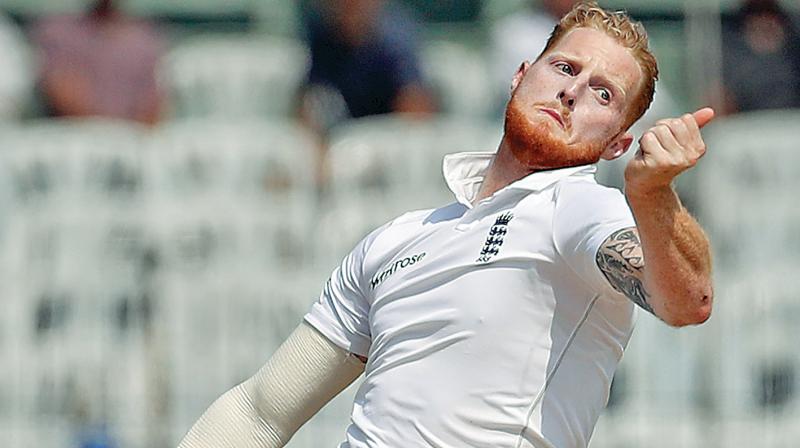 Chennai: England all-rounder Ben Stokes sounded upbeat after a tough day of leather-hunting on the field and said the aim on Monday would be to restrict India and not let the hosts take a substantial lead, like they did in Mumbai and won the match by an innings and 36 runs.

Talking to the media after the day’s play, Stokes elaborated on England’s strategy, a tough Sunday and more.

On his team’s chances: Definitely, we don’t want to go away 4-0 or 3-0. We want to walk away with a win and go away with our heads held high.

That all depends on how the fourth day goes, if we can get out there and run through them in a session. We have to bat well in the second innings and put them under pressure.

On whether you thought you could take a lead: They have got a very strong batting line up. We are glad that we saw the back of K.L. Rahul.

Regardless of how the guys have done in the lower order, they still have to get up and start again ona wicket that might deteriorate and we have Adil Rashid who gives us turn.

So it’s always going to be hard for them to come in. And hopefully we can toil away like we did today and not give them a chance of looking to take a lead.

On why he was under-bowled: There wasn’t any swing or seam movement helping us. So we had to try various wicket-taking options.

I think I contributed by taking the wicket of Cheteshwar Pujara.

On what he thought of Rahul’s knock: I don’t think I have ever played a game where someone has got out for 199. He (Rahul) played well but we are glad that we were able to dismiss him. Credit to him, though, for playing a chanceless innings.

On no hint of reverse swing: I think that’s probably been the most surprising thing. We have kept the ball in really good condition but the ball gets soft easily here as opposed to the kookaburra we used in Bangladesh, where we managed to reverse it a lot.