Deepak Chahar ruled out of 3rd WI ODI; Navdeep Saini to replace him

India will play the ODI series decider against West Indies at Barbati Stadium, Cuttack on December 22. 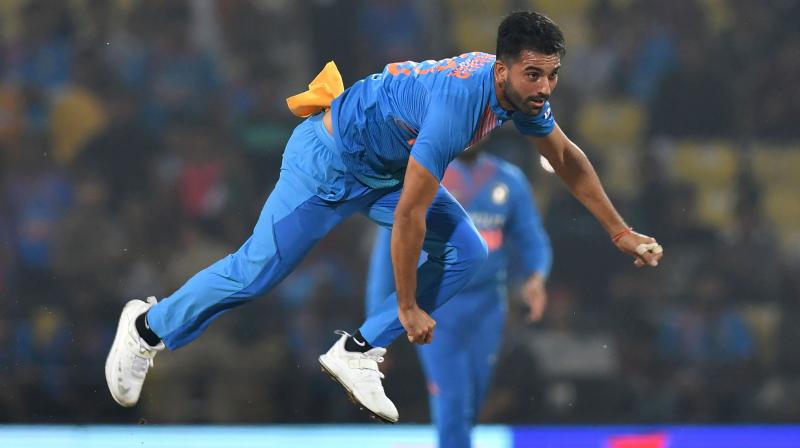 India pacer Deepak Chahar ruled out of third ODI against the West Indies, Navdeep Saini to replace him. (Photo: AFP)

Cuttack: India pacer Deepak Chahar was on Thursday ruled out of the series-deciding third ODI against the West Indies owing to a back injury and replaced by Navdeep Saini.

The series is currently locked 1-1 with the final ODI to be played here on Sunday.

"Deepak felt mild pain in his lower back following the second ODI played in Vizag on Wednesday. The BCCI medical team examined him and has suggested that the fast bowler needs some rest in order to fully recover," the BCCI said in a statement.

"He has thus been thus ruled out of the final ODI," it added.