RoI chased down 482 at the same venue last year against Mumbai with Nair making 92 and Faiz Fazal cracking 127 in the fourth innings. 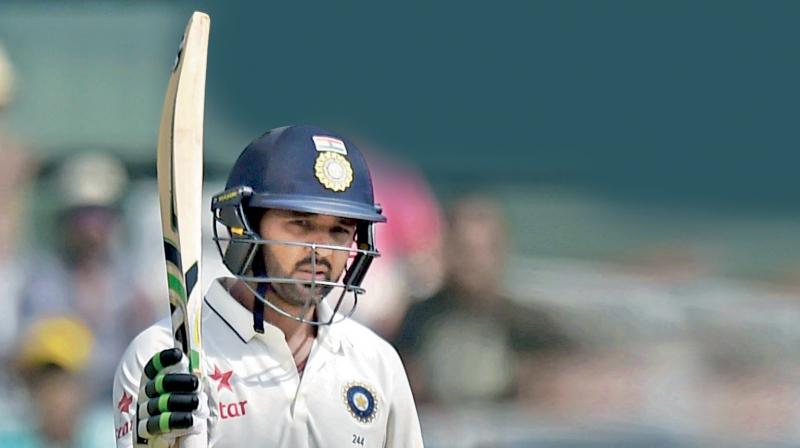 Patel, who made a comeback in the last Test series against England has been consistent for Gujarat and signed off the Ranji season with match winning knocks of 90 and 143 in the final against Mumbai in Indore.

Saha who missed the last three Tests against England is making a comeback after an injury layoff. He has been India’s first choice wicketkeeper after M.S. Dhoni’s retirement and the Bengal stumper will want to put up a solid show and display his fitness.

RoI have also Karun Nair in their ranks, is fresh from a triple century in the last Test he played against England. Incidentally Nair made his maiden first class triple century at nearby Wankhede Stadium in 2015 to lead Karnataka to Ranji Trophy victory over Tamil Nadu in the final.

RoI chased down 482 at the same venue last year against Mumbai with Nair making 92 and Faiz Fazal cracking 127 in the fourth innings.

Bengal batsman Manoj Tiwary who has been part of many India squads in the past without actually playing will also get an opportunity to come back into reckoning. Opener Akhil Herwadkar and pacer Shardul Thakur will add local flavour. Tamil Nadu skipper Abhinav Mukund will add experience at the top.

Besides Parthiv, Gujarat have the season’s top scorer in Priyank Panchal to form a solid opening partnership with Samit Gohil. Manprit Juneja is also in fine touch.

With the ball, they will miss Jasprit Bumrah who is on national duty and injured left-arm spinner Axar Patel. But they have the experience of R.P. Singh to lead the pace attack which also has Rush Kalaria and Chintan Gaja.

Usually, the Ranji Trophy champions host the game, but Gujarat are not in a position to do so because Sardar Patel Stadium in Motera is being renovated.