The Amicus Curiae also submitted 9 names for the post of the BCCI administrators. 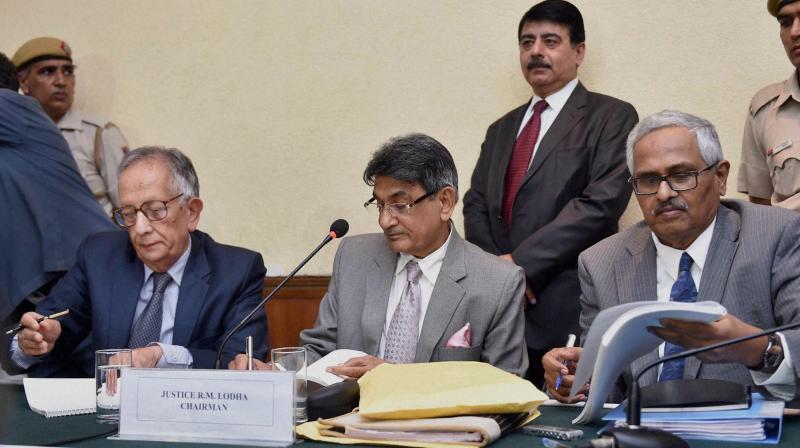 The Supreme Court had earlier accepted major recommendations of Justice Lodha-led panel on structural reforms in the BCCI and had given six months deadline to the board to implement the recommendations. (Photo: PTI)

New Delhi: The Amicus Curiae, in a sealed cover on Friday, submitted 9 names for the post of the Board of Control for Cricket in India (BCCI) administrators. The Supreme Court would appoint administrators for BCCI on January 24 from list of persons given by amicus curiae in the case.

Attorney General Mukul Rohatgi asked the Supreme Court to reconsider its verdict on the BCCI. The apex court had earlier accepted majority of the Justice Lodha recommendations and gave BCCI six months time to implement the recommendations.

On January 2, the Supreme Court had removed BCCI president Anurag Thakur and secretary Ajay Shirke from their respective posts for their failure to bring transparency and accountability to the Indian cricket board and their non-compliance of the court's July 18, 2016 order.

Earlier, in a landmark judgment on July 18, the apex court accepted major recommendations of Justice Lodha-led panel on structural reforms in the BCCI and had given six months deadline to the board to implement the recommendations.