Sunil Ramesh and Ajay Reddy led the way for India in their chase. 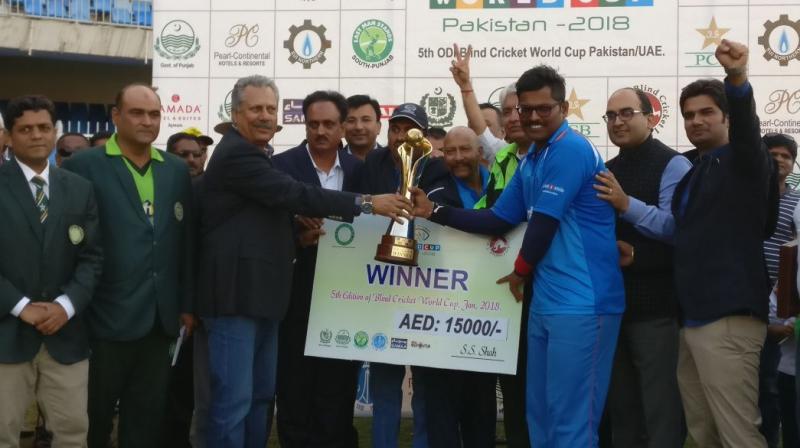 The Men in Blue who hadn’t lost a single match in the tournament chased down a humongous target of 309 set by Pakistan in the span of 39 overs, courtesy of knocks from Sunil Ramesh (93) and Ajay Reddy (62).

During their group match earlier in the tournament, India also ended up on the winning side with a margin of seven wickets.