Karthik was upset about his batting position: Rohit Sharma

Rohit revealed Karthik was not happy that he was not batting higher in the order. 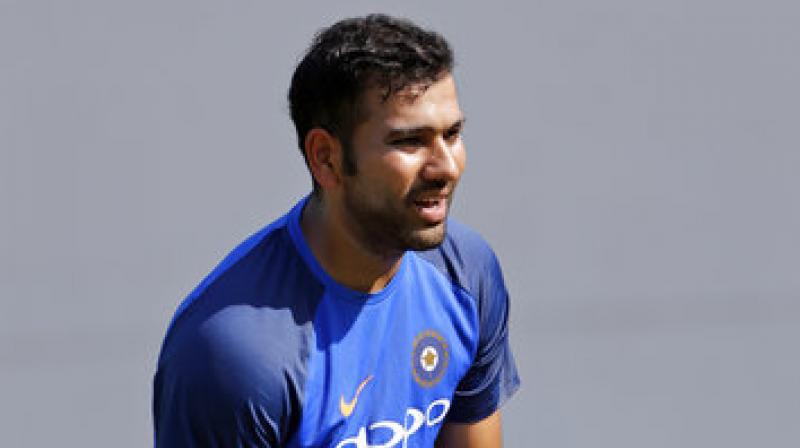 Colombo: Dinesh Karthik is always ready to deliver whatever the situation may be and his experience and repertoire of strokes make him a suitable candidate to provide the final flourish for India at the death overs, skipper Rohit Sharma said.

Wicket-keeper batsman Karthik (29 of 8 balls), who has made sporadic international appearances, produced a last-ball six as India pulled off an incredible chase beating Bangladesh by four wickets in the Nidhas T20 tri-series final, here on Sunday.

“He was with us on the previous tour in South Africa and didn’t get much game time. To do what he did today will give him a lot of confidence going forward,” Rohit said.

“Most important thing he has is belief in himself. Whatever situation comes, he’s ready — whether he bats up the order or down the order. That’s the kind of guy we need in our team.”

Rohit revealed Karthik was not happy that he was not batting higher in the order but the Indian skipper defended his decision of sending him at number 7 saying his experience and skills made him a suitable candidate to provide the late charge in the final overs.

“When I got out, I went and sat in the dugout and Dinesh was quite upset that he didn’t bat at no. 6,” Rohit said.

“But I told him: ‘I want you to bat and finish off the game for us, because whatever skill you have, it will be required in the last three or four overs’. That is the only reason he was not batting at no. 6 in the 13th over when I got out. He was upset with that, but he’ll be quite happy now how he finished off the game.”

Lavishing praise on Karthik, Rohit said: “I have to go back to the kinds of shots that he has in his books — it suits him to finish off games at the death where you have to use that one fielder that is inside the circle — either fine leg, or mid-off or short third man.”