The state police had earlier written to the BCCI to inquire about Virat Kohli and team’s itinerary of South Africa tour. 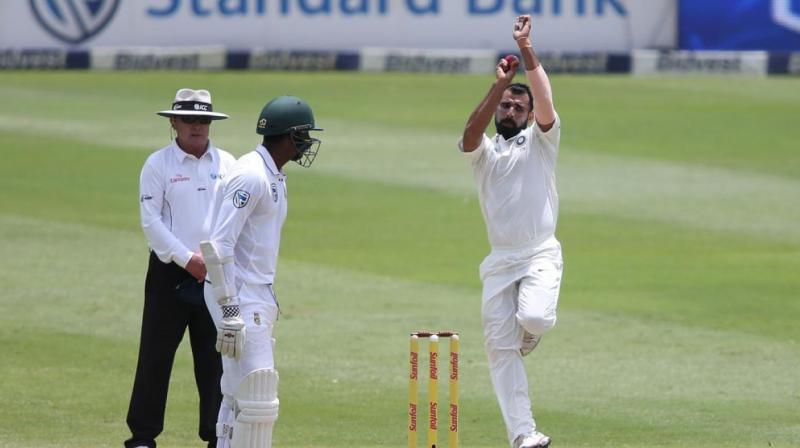 Kolkata police wanted to know whether the 29-year-old was travelling with the team to Dubai once they left the rainbow nation or had he travelled personally at his own cost. (Photo: AP)

Kolkata: Mohammed Shami’s personal life has become talk of the town after wife Hasin Jahan made serious allegations of extra marital affairs, match fixing and domestic violence against the cricketer. In the entire episode it is still unclear as to who is speaking the truth.

Hasin Jahan went public with her allegation on husband Mohammed Shami with his Facebook and WhatsApp messages where he apparently has been having chats with a string of women.

She also claimed that Shami met Pakistani girl Alishba and could be involved in match fixing.

On Monday, Alishba came out and spoke about the whole controversy. During her conversation with ABP Ananda, she revealed that she is a follower of Mohammed Shami on Instagram and that is how both of them became friends. She also said that “I am just one of his lakhs of fans”.

After Alishba’s statement regarding her meeting with Shami, BCCI has informed Kolkata police that Mohammed Shami was in Dubai for two days in February.

Kolkata police has earlier confronted the Board of Control for Cricket in India (BCCI) seeking further details of Shami and Indian team’s itinerary of South Africa tour.

Jahan alleged that while the rest of the team returned to India from South Africa, Shami checked in a Dubai hotel with a Pakistani woman on February 18 before returning to India the next day.

According to a report in the Indian Express Joint CP (crime) Praveen Tripathy of Kolkata Police said “We have received a letter from BCCI which shows that Mohammed Shami was in Dubai on 17th and 18th February. We are investigating the other things related to it,”

The Bengal pacer was a part of the Test and ODI series in the African continent. However, the authorities wanted to know whether the 29-year-old was travelling with the team to Dubai once they left the rainbow nation or had he travelled personally on his own.

Jahan on Saturday had appealed to West Bengal Chief Minister Mamata Banerjee to meet and listen to her side of the story in regards to her allegations against her husband.

"Today, I join my hands and request our respectable Chief Minister Mamata Banerjee, that Madam, my fights is a fight for truth. I have been tortured, there is no fault of mine; I do not ask for your support, I only appeal that you just keep your eye on my fight for truth, meet me and listen to what I have to say and then judge what needs to be done," she told media, and added, "I want to meet you and share my pain with you. This is all I request of you" she said.