According to the MOU signed in 2017, CA has to provide ACA a national contract list for the upcoming summer by April 30 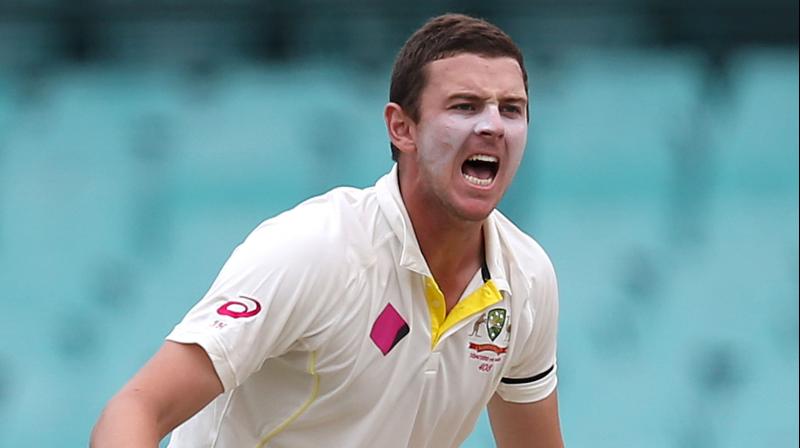 Melbourne: Fast bowler Josh Hazlewood is a "bit" surprised that Cricket Australia is struggling financially due to the Covid19 pandemic but said players will work together with the governing body to overcome the crisis.

With the coronavirus outbreak halting all cricketing action, Cricket Australia (CA) has laid off 80 per cent of its staff for the rest of the financial year which ends on June 30. Reports suggest that CA will run out of cash by August.

"I was a bit surprised there but there has to be some impact, no doubt," Hazlewood was quoted as saying by 'Sydney Morning Herald'.

Hazlewood said the financial crisis will hit cricketers too and they are ready for a reduced salary.

"We are no different from any other sport. It just depends how long it hangs around as to how much it is going to affect us, I guess. If it leads into next summer, it will be quite serious," Hazlewood said.

"We're obviously partners in the game and we've always said that. We have ridden the highs and now its probably time to ride the lows, a little bit."

CA and Australian Cricketers' Association (ACA) had an ugly pay dispute in 2017 but Hazlewood said relations have improved since and hoped this crisis will be handled better this time.

"I think the relationship is a lot better now, between the ACA and CA. It's developed a long way in the last 18 months to two years, probably," he said.

"... so that will go a long way towards having this episode (handled) a lot better than last time. It's all positive from our end and I think, from both ends.

"Hopefully it's a lot better communication this time and I think you will see that in the coming weeks and the coming months. As long as they show a lot of transparency on all the numbers, all the players will be pretty happy with that."

According to the MOU signed in 2017, CA has to provide ACA with revenue estimates and a national contract list for the upcoming summer by April 30 and Hazlewood expects the deadline to be met so that players can be better prepared for the financial fallout.

"April 30 is what the players want and it's in the MOU but I guess these are strange times. Anything can happen," Hazlewood said.

"The ideal (situation) is that they're put out before April 30 and obviously then we will know, financially, what we can get ready for and how much of a percentage is lost and how much of our contracts are affected.

"The sooner we know that, the more we can plan for the next 12 months."

The global health crisis, which has killed more than 1.6 lakh worldwide, has put this year's T20 World Cup and India's tour of Australia under threat.