Smith and Warner spent a year out of their national team, serving bans for the ball-tampering scandal. 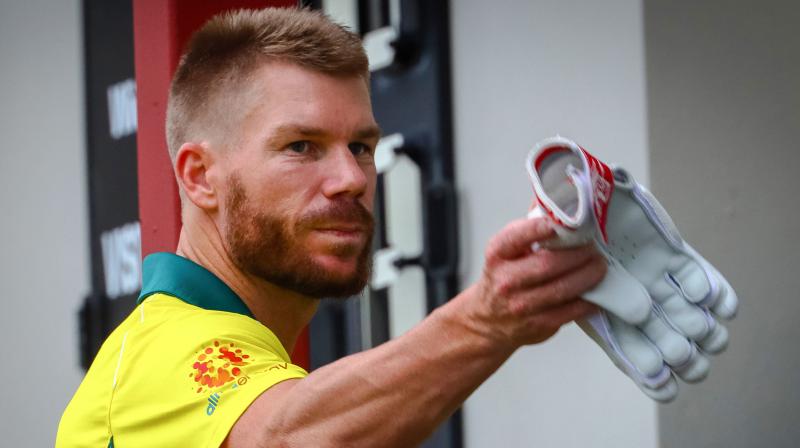 Australia will play against England and Sri Lanka in the warm-ups before opening its World Cup title defence against Afghanistan. (Photo: AFP)

"Every side will be wary of Australia", said Waugh referring to the inclusion of Smith and Warner into the team.

Smith and Warner spent a year out of their national team, serving bans for the ball-tampering scandal. During the period of the ban, which ended on March 28, both cricketers underwent elbow surgeries and came out stronger to re-start their international careers.

Recently, Warner displayed his destructive form in the 12th edition of the Indian Premier League (IPL), where he top scored with 692 runs in 12 innings, including one hundred and eight fifties.

Smith, too, gave an insight of his prime form during the three warm-up games against New Zealand XI, scoring unbeaten 89 and 91 last week.

"Every side will be wary of Australia. They know the potential of the Australian side. There's been turmoil in Australian cricket over the last 12 months, but that has been put aside now. We've got our best players available to be picked in Smith and Warner," ICC quoted Waugh, as saying.

Australia, defending champions and five-time World Cup title winners, raised their game in time going into the marquee event, starting May 30. The team won just three of its 18 ODIs in 2018.

With its limited-overs tour of India, trailing 0-2, Australia registered a hat-trick as they came-from-behind and clinched the series 3-2 against India. The Aaron Finch-led team then flew to the UAE and swept 5-0 over Pakistan.

"Their form was very poor, but all of a sudden, they've won their last eight matches, and they've got Smith and Warner in the team. And that is ominous for other sides, they know how good these sides are," Waugh said.

"Australia will be one of the teams... probably not the favourite for the tournament, but the team that other sides will be probably most fearful of. They could do some damage. So I think Australia could go really deep in the tournament," he added.

Australia will play against England and Sri Lanka in the warm-ups before opening its World Cup title defence against Afghanistan at the Bristol County Ground on June 1.