The pre-event talk was all about a dream final at the Eden Gardens between the joint hosts India and Pakistan. 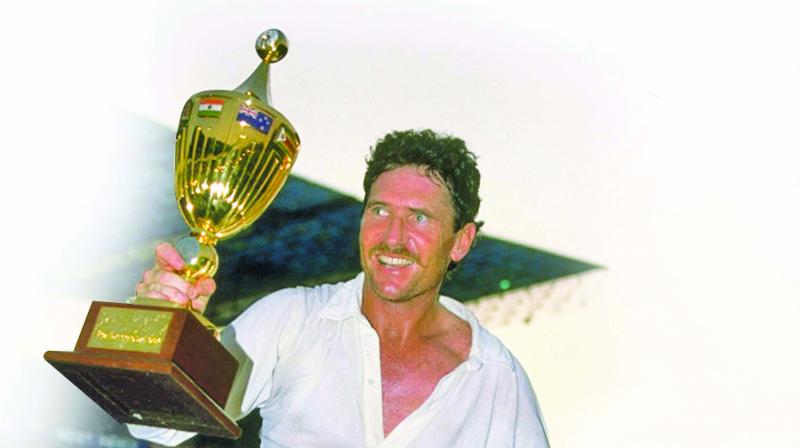 The conduct of the World Cup of 1987 was taken up by the subcontinent after BCCI officials were stumped for tickets to the 1983 final. The proposal drew Rs 2 crore for the title rights.

The pre-event talk was all about a dream final at the Eden Gardens between the joint hosts India and Pakistan. That dream was to be shattered on two days of the semi-finals as and Australia beat Pakistan in Lahore and on the next day England beat India at the Wankhede in Mumbai.

The defending champion was ousted in a chase that went awry from the moment Sunil Gavaskar was bowled by DeFreitas in what was to be his last ODI innings and the one immediately after he had scored a maiden century in the format in Nagpur against New Zealand. All hopes against England sank when Kapil holed out to Mike Gatting at deep midwicket off spinner Eddie Hemmings. Earlier, the England effort with the willow had been highlighted by the sweeping success of Graham Gooch who employed the stroke to great effect against the home spinners.

Decades after the result, whispers about the game have not died down as India lost four wickets in the space of 34 balls for 21 runs. A day earlier, Australia had contained the hosts Pakistan to win by 18 runs with Craig McDermott’s five for 44, the only five wicket analysis of the entire tournament, tilting the scales in a hard-fought knockout semi-final. Australia’s campaign had begun on a sensational note when they beat India by one run, a thrilling finish at the same venue of Chepuak where the two teams had been involved in history’s only second Tied Test ever just a year earlier.

The Aussies were to be beaten by India in the return leg at the Kotla in New Delhi but the signs of an Australian cricket revival under Allan Border were already apparent in the rediscovery of an old spirit in all the efforts on the field. The scorecard of the final may indicate a close contest as Australia won by seven runs, the narrowest margin in four finals, but the result was not really in doubt as the England chase had been well contained after Mike Gatting’s reverse sweep off Border’s left arm spin had led to a top edge. The mis-stroke had remained the subject of a very long debate.

Another chapter was added to the history of cricket as Australia became the third country after the West Indies and India to win the coveted World Cup.