Bio-bubble is a five-star stressful prison 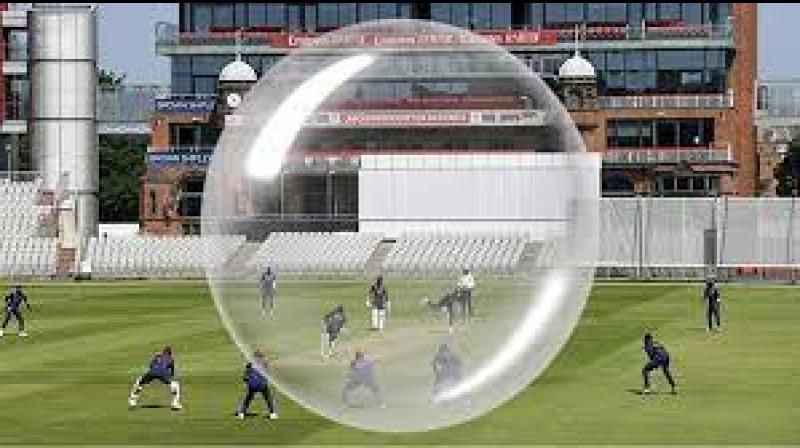 Both the Indian squads will be in bio-bubble in Mumbai. (Photo: Sourced Image)

Also part of this plan will be the Indian women's squad, which is scheduled to play a one-off Test followed by three ODIs and three T20Is.

Both the Indian squads will be in bio-bubble in Mumbai and are likely to fly out together on a charter flight to London on June 2.

A bio-bubble in cricket is nothing but a safe and risk-free "imaginary" environment where all the concerned stakeholders such as players, officials, administrators, broadcasters etc. reside to prevent any physical interaction with the outside world.

Every word or phrase has an embedded psychological connotation which adds to the literal meaning, according to the stress management expert,  Anusheela Brahmachary.

"The word 'bubble' has an implication of fragility attached to it. It may come across to the listener as/for 'someone who is fragile or requires a very sensitive and protected environment'. When such a term is used in context of a player, it may pose a threat to his/her self-belief as an efficient and resilient individual. Hence, this term 'bubble' can seem a bit detrimental to many players. It will be recommended to coin more neutral terms devoid of underlying connotations", she says.

Adding further, she says, "In the end, the players should also remember that their self-esteem and efficiency is not so delicate that a mere 'term' will tarnish it. We need to take our minds off the nitigrities of the terms used and focus more on ensuring a safe playing environment for the teams".

"In these trying times, the anxieties and the insecurities are shooting off the roof in everyone. Performing at the best, under these circumstances, is a matter of great momentum. Lowered tolerance threshold may make the players more sensitive about the trivial details. It is important for the teams to use the mental health professionals to help the players de-stress, focus on their performance and ensure their own safety and health".

Bio-bubble for a longer period is stressful, according to the sports psychologist Varadayini Chitale, who has worked with a lot of players individually in India.

Explaining the reasons, she says, "The protocols or following SOPs itself may get very stressful due to the rigor and commitment required to do the tests, following social distancing and maintaining a secure bubble. This means no interaction with the outside world or no socialising. Players are used to seeing the city they travel to. Plus, bringing families was normal. But all this falls outside the bio-bubble".

"This is added pressure to the already existing performance pressure that is needed to be on top of the game and being in the eyes of selectors".

She adds, "Fear of contracting the virus always remains. As seen in IPL, in spite of having a biobubble, players and some officials contracted the virus".

Getting rid of bio-bubble is difficult. Even if players get completely vaccinated the nature of the virus and vaccination process will be evolving in the coming years. So how can we better the process in a team?

She explains, "Bio-bubble rules need to be maintained, but having an equal social life inside the bio-bubble will help the players.

"Like said by ECB, terming the bio-bubble as "team Environment" can help develop a better mindset for the players".

"Having social protocols like - calling members of the family or friends outside the bubble- and making it mandatory can help".

"Compulsory mental training protocols like team based meditation, visualisation and having a sport and clinical psychologist inside the bubble also need to be established which will help develop a healthier team environment".

According to the psychologist, continuity of sports, at all the levels is needed.

"An environment also needs to be put into consideration for grassroot sports. For the grassroot level, maintaining a bio-bubble or a secure environment is tough. But limiting physical social interaction during tournaments can be self-managed by the players themselves", she signed off.