In a new video the spinner can be seen trying the ‘dog filter’ on Snapchat with MS Dhoni's daughter. 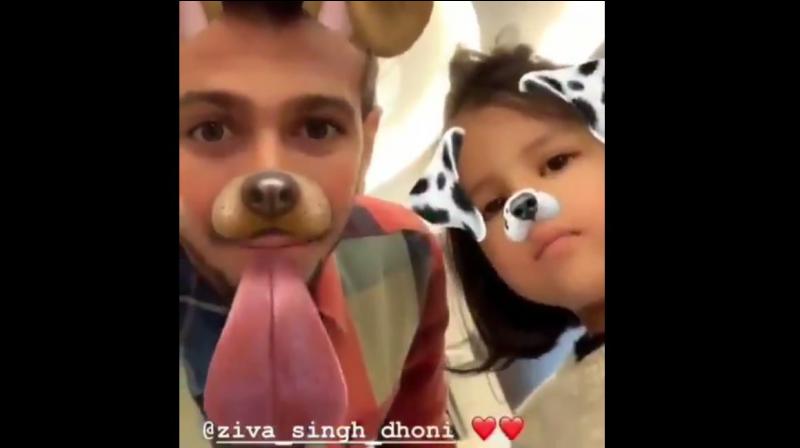 Mumbai: Rishabh Pant has time and time again been comically referred to as the babysitter for team India. In a video that surfaced earlier, the player could be seen entertaining Mahendra Singh Dhoni’s daughter Ziva Singh Dhoni in what was described as a ‘screaming competition.’

The cutest video on the internet today !! Thank you @RishabPant777 for this one. #ZivaDhoni #IndvPak #Ziva pic.twitter.com/3yMWYmRx5a

Now however, it seems that the Rishabh Pant’s babysitting duties have been transferred to Indian spinner Yuzvendra Chahal. In a new video that has made its way to the surface and is in the process of going viral, the spinner can be seen trying the ‘dog filter’ on Snapchat.

Next up.. @yuzi_chahal fun with the little priceless #Ziva #ZivaDhoni #TeamIndia #CWC19
May be a debut by Ziva in the Chahal TV soon ? pic.twitter.com/yJX6Gh4XZA

The unbeaten Indian team will face Afghanistan next on June 22, before clashing with West Indies on June 27.