Who has the best haircut: BCCI questions fans

The cricketing body, in a tweet, gave four options to the fans to choose from. 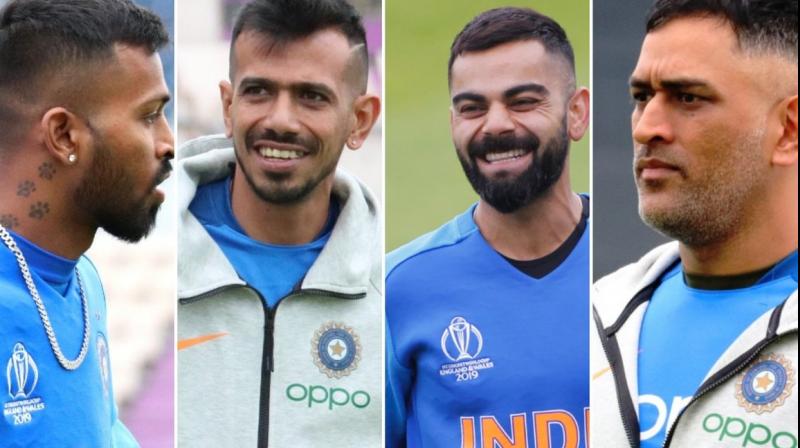 New Delhi: BCCI has a question for cricket fans. It wants to know who the cricketer with the coolest haircut is in the ongoing ICC Men's Cricket World Cup.

The cricketing body, in a tweet, gave four options to the fans to choose from. The names include all-rounder Hardik Pandya, skipper Virat Kohli, wicket-keeper batsman MS Dhoni and leg-spinner Yuzvendra Chahal.

"Who's haircut is the coolest? #TeamIndia," BCCI tweeted.

The fans made their opinion known to the world as most of them favoured Dhoni for having the best haircut.

One user tweeted the pictures of Dhoni's hairstyle evolution over the years and replied, "What new hairstyle dhoni sir is going to take after winning this world cup?"

What new hairstyle dhoni sir is going to take after winning this world cup? pic.twitter.com/FqVOtcoexF

Another user said: "One and Only @msdhoni."

India has so far won three matches in the World Cup. They have defeated South Africa, Australia, and Pakistan whereas their match against New Zealand had gotten abandoned due to rain.

The Men in Blue will next take on Afghanistan on June 22.