This Test match will be Virat Kohli’s 47th as captain of Team India. 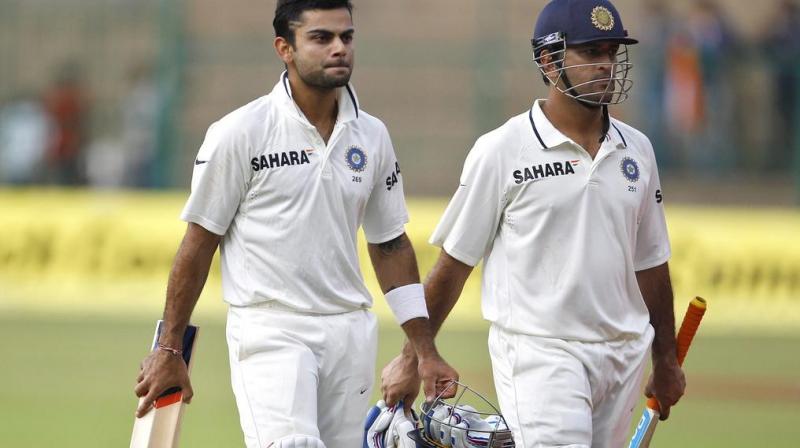 There is also the very real possibility that Kohli may surpass Dhoni in this series itself to become the most successful captain for Team India in Test cricket. (Photo: AP)

Mumbai: India has a history of influential captains like Sourav Ganguly, Mohammad Azharuddin, Kapil Dev, MS Dhoni and many others. And now, Virat Kohli has taken the mantle to lead India in international cricket. He has done a mighty fine job at it, with India becoming a force worth reckoning on the international podium.

India is currently on a tour of the West Indies and has already played a T20I and an ODI series and India won all of them. The Test series will begin from 22nd August. India will be hoping to emulate a similar performance in the Test series as well.

This Test match will be Virat Kohli’s 47th Test match as captain of Team India. He has already won 26 matches, just one behind MS Dhoni’s record of 27 Test wins in 60 matches. A win this match will make Kohli on par with Dhoni as the Indian captain with most Test wins. Albeit, Kohli’s record would be a tad bit better than Dhoni because of the number of matches taken to achieve this record.

There is also the very real possibility that Kohli may surpass Dhoni in this series itself to become the most successful captain for Team India in Test cricket.

Other successful Test captains are – Sourav Ganguly with 21 wins in 49 matches, Mohammad Azharuddin with 14 wins in 47 matches and Mansoor Ali Khan Pataudi with 9 wins in 40 matches.