Mumbai confident ahead of final

Rahane is set to open against Delhi as Rohit is on national duty. 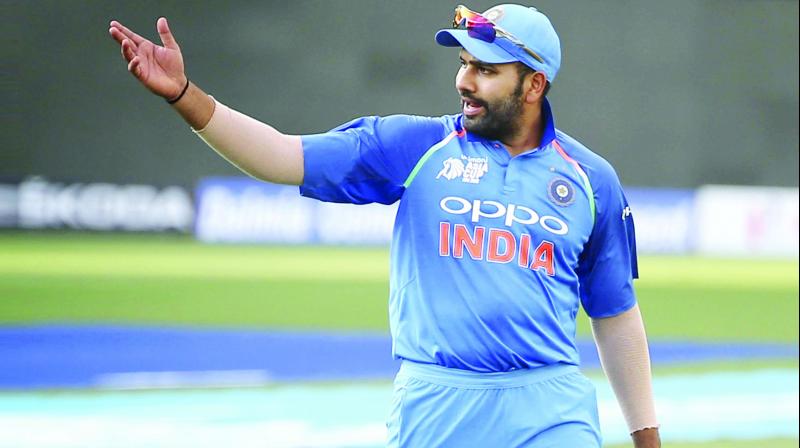 Mumbai will play in the final of Vijay Hazare Trophy after a gap of six seasons, when they take on the former champions Delhi on Saturday. The last time they reached final in limited overs cricket was in the same tournament when they had lost to Bengal in the final during the 2011-12 season in Delhi. Mumbai won the trophy twice and last time it was under Wasim Jaffer in 2006-07 season.

Indian vice-captain Rohit Sharma who played for Mumbai after a long gap in the quarter-final and semi-final in Bengaluru is set to feature for India in the first ODI against West Indies on Saturday in Guwahati.

The Indian team opener is set to be replaced in Mumbai team by middle order batsman Siddesh Lad in the playing XI. Both the players missed out in semi-final after Ajinkya Rahane and Prithvi Shaw returned to the side. Incidentally, Rahane and Shaw had opened in the first three matches and they are set to open again on Saturday.

Rahane was the skipper in first four games before joining Indian Test squad with Shaw. Shreyas Iyer led in the absence of Rahane and continued to lead the side in the semi-final also. Incidentally, Rahane and Iyer will lead India C and India B in the Prof. D.B. Deodhar Trophy starting from October 23 in Delhi.

The top three batsmen have scored heavily for Mumbai. Middle-order has also chipped in when required with experienced Suryakumar Yadav and Lad to back on. Allrounder Shivam Dubey has been a handful in both the  departments.

Bowling led by Dhawal Kulkarni has been disciplined so far, but it will be tested against Delhi’s strong batting line-up that will have the likes of Gautam Gambhir and former Mumbai Indians batsmen Unmukt Chand and Nitish Rana on their side.

Mumbai have been dominant and are unbeaten in the tournament. Delhi finished behind Mumbai in Group A and B league matches before defeating Jharkhand closely in the semi-final on Thursday.

“We are confident of repeating in the final what we have been doing in the tournament. Everyone in the team is in high spirits and looking forward to do well on Saturday,” Mumbai coach Vinayak Samant said.

“Delhi have huffed and puffed into the final, so pressure will be on them to do better,” Samant added.