Shoaib Akhtar slams Pakistan Cricket Board over 'big goof up'

PCB had released a video of the team dancing during a training session right after announcing the sacking of Sarfaraz Ahmed. 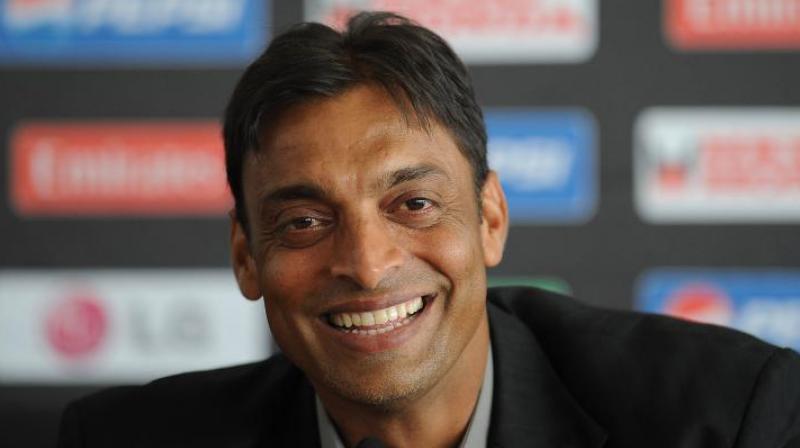 Shoaib Akhtar took to Twitter and said that the board cannot 'afford to do such blunders'. (Photo: AFP)

Akhtar took to Twitter and said that the board cannot 'afford to do such blunders'.
"Ahhh. Only if PCB knew what to do when. Dancing Social media post was a big goof-up, posting at the same time as announcement of change of captaincy. You can't afford to do such blunders as the governing body of the most followed sport of the country," Akhtar tweeted.

However, after PCB got called out on Twitter, the board was quick to delete the post and said: "The PCB apologies for this post and accepts the timing of it was wrong. This was a pre-planned post as part of the one-year to go #T20WorldCup promotional campaign. The timing of this post clashed with the captaincy announcement for which the PCB offers its regrets".

Replacing Sarfaraz, Azhar Ali has been appointed Test captain while Babar Azam has been handed over the reins for the shortest format of the game.

"There is no bigger honour than to captain the Pakistan national cricket team in the pinnacle format of the game. I feel humbled, excited and privileged, and with the support of the team, look forward to justifying the faith that has been entrusted upon me for the World Test Championship," Ali had said after the appointment.

"Sarfaraz Ahmed has done an excellent job in transforming raw talent into experienced players and I now look forward to inspiring those skilful players in our endeavours to collectively achieve our World Test Championship objectives and beyond," he added.

Pakistan is slated to play against Australia in two Tests and three T20Is in Australia, starting from November 3.