Thakur is expecting that Pakistan team will come to India to compete in the 50-over World Cup next year, saying 'all are welcome' 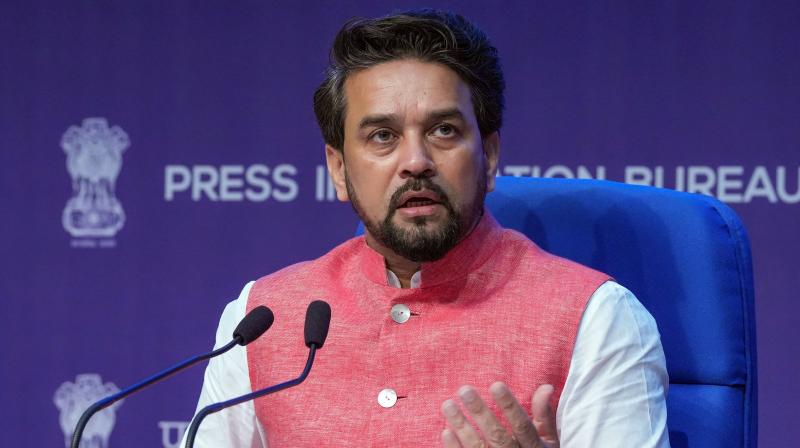 New Delhi: Sports minister Anurag Thakur on Thursday said the home ministry will take a call on Indian cricket team's travel to Pakistan for the Asia Cup next year since the players' security is an important matter.

Thakur though is expecting that Pakistan team will come to India to compete in the 50-over World Cup next year, saying "all are welcome".

BCCI secretary Jay Shah had on Tuesday said that Indian team will not travel to Pakistan for the continental event and they would like to compete in the tournament on a neutral venue.

It had prompted Pakistan Cricket Board (PCB) to say that it may affect their team's participation in the World Cup in India.

"All teams who qualify for (World Cup) are invited (to compete on the Indian soil). Many times Pakistan teams have come to India and played. I feel India is not in a position to be dictated (by someone) and there is no reason for anyone to do that. I expect all countries to come and compete," Thakur told a select gathering of journalists when asked about the controversy that erupted after Shah's statement.

Thakur spoke after it was announced that the fifth edition of the Khelo India Youth Games will be held across eight cities in Madhya Pradesh from January 31 to February 11.

Asked about Indian team's travel, the Sports Minister said, "It's a decision that will be taken by the home ministry. Overall, players' safety and security is an important matter," Thakur said.

It was pointed out that international teams have started touring Pakistan, of late, but Thakur deflected the question.