Root said he had been working on his batting shortcomings and denied the Test captaincy weighed on his performance. 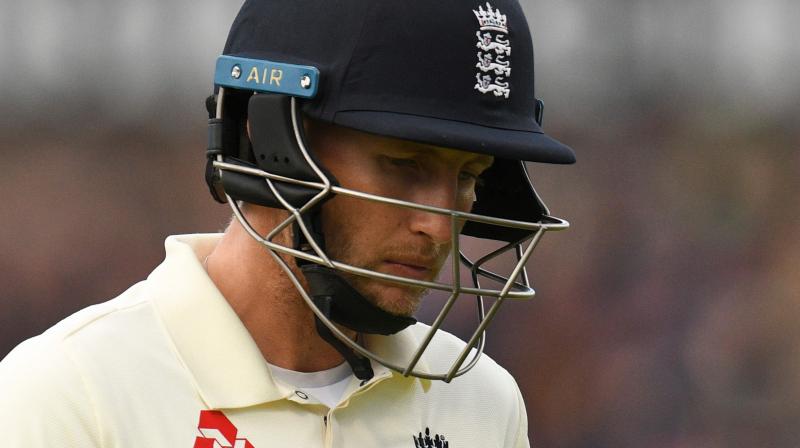 England captain Joe Root has declared himself free of any Ashes hangover as he looked to revive his fortunes and those of his team in the two-Test series in New Zealand starting on Thursday. (Photo:AFP)

Mount Maunganui: England captain Joe Root has declared himself free of any Ashes hangover as he looked to revive his fortunes and those of his team in the two-Test series in New Zealand starting on Thursday.

Root said he had been working on his batting shortcomings and denied the Test captaincy weighed on his performance in the drawn mid-year series against Australia, in which he suffered three ducks as England failed to regain the Ashes.

Neither England nor New Zealand were prepared to name their line-ups Thursday for what will be the maiden Test at Mount Maunganui's Bay Oval ground.

But Root said rising star Jofra Archer "would bring something different to what we had previously" in the bowling stakes, indicating the paceman will be included.

New Zealand will not be fighting fire with fire -- their genuine quick Lockie Ferguson is in the squad for the first time, but captain Kane Williamson said he would sit out the first Test.

England have had the upper hand over New Zealand this year, narrowly winning the World Cup on the boundary countback rule when the final was tied, and winning the recent Twenty20 series 3-2 when a super over was needed to separate the two sides.

But while the wins were satisfying, Root said Test cricket was another level altogether and after failing to beat Australia he fancied England could start on the road to redemption against New Zealand.

"Long term it's important that we look after Test cricket in England and we make it a priority," he said.

"You look at the guys in the dressing room and they're all desperate to get that right. We feel we're in a strong position to take this team forward."

Root, who averages 47.91 but was well off his best with an average of 32.50 against Australia this year, was adamant the pressure of captaincy was not an issue.

"It's very clear that I want to be leading this team moving forward," he said.

"I'm not concerned about it. I know I've not performed as I'd like to in previous series and probably over the last year, but they're challenges you face as an international player. It could have been exactly the same if I wasn't captain.

"I've gone away and worked out a few things and feel like my game's in good order coming into this series."

Despite Root's confidence, New Zealand go into the series ranked second in the world, one spot ahead of England, and have won seven of their past eight home series including a 1-0 win in a two-match series against England 20 months ago.

Tim Southee, Trent Boult and Neil Wagner, who took 32 of the 40 England wickets to fall in that series, were confirmed Thursday as again forming the bowling pace attack.