Sports   Cricket  20 Nov 2019  'Mohammed Shami can be deadly on any surface, with any ball', says Wriddhiman Saha
Sports, Cricket

'Mohammed Shami can be deadly on any surface, with any ball', says Wriddhiman Saha

Shami had a match haul of seven wickets among the Indian pace attack's collective haul of 14 scalps in the home team's innings. 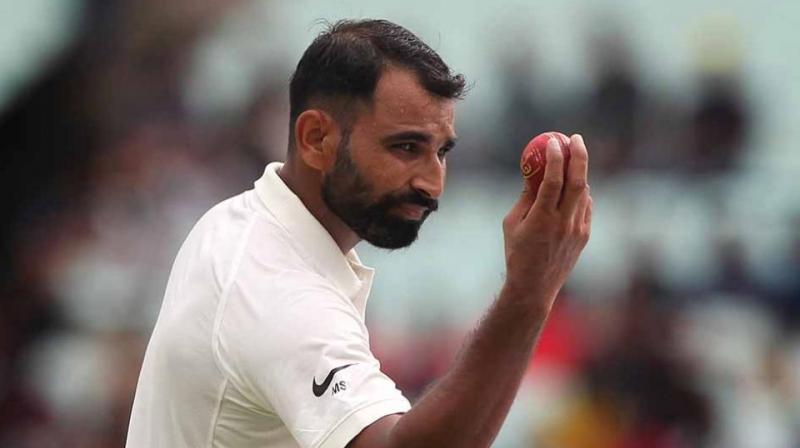 Kolkata: India wicketkeeper Wriddhiman Saha on Wednesday brushed aside concerns about the pink ball being a challenge for bowlers like Mohammed Shami who, according to him, can be trusted to come good irrespective of the ball's colour or the nature of the surface.

India will take on Bangladesh in their maiden Day/Night Test starting here on Friday. Shami had a match haul of seven wickets among the Indian pace attack's collective haul of 14 scalps in the home team's innings and 130-run victory over Bangladesh in the first Test in Indore.

"With the form, they (Shami, Ishant Sharma and Umesh Yadav) are in, the pink ball is not a factor. Especially (Mohammed) Shami, he can be deadly on any wicket. He has pace and is able to extract reverse swing," Saha said when asked whether the colour of the ball will make more difference.

Saha said that they haven't yet checked how much movement is on offer as far as the pink ball is concerned.

"We are yet to see the movement of the pink ball. But the colour of the ball won't matter with the current form of our pacers," Saha added.

A handful of Indian players, including Bengal's Shami and Saha, have pink ball experience in domestic cricket but the wicketkeeper pointed out that it was a Kookaburra.

"The only change is the colour of the ball. It's made differently. There's also a change in the timing and picking the ball a bit difficult in twilight. It may help the pacers but will be challenging for the batsmen," Saha said.

The Indian wicketkeeper also seemed concerned about the colour of the sightscreen which would be white.

"In white ball cricket, we have black background and the feel remains the same even after it gets old. But here we have to see the backdrop. If it's not clear, it will be challenging for the wicketkeeper as well," he said.

"I stand near the slip fielders only. Our pacers at times deliver with a wobbly seam position. I will face the same challenge as them (slip fielders). But we have to accept the conditions offered to us. It's the way forward."