Saha is among the few players to have played with the pink ball in domestic competition. 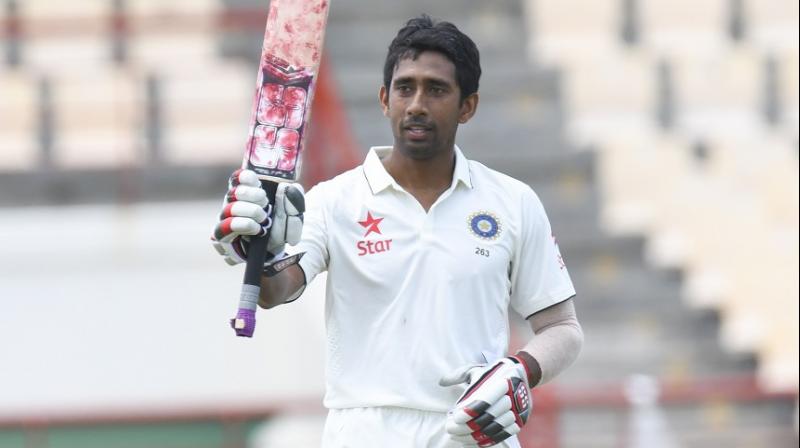 Wriddhiman Saha lauded India's bowling attack and said the colour of the ball (pink) would not affect the performance of the seamers. (Photo: AFP)

Kolkata: Ahead of the upcoming day-night Test against Bangladesh, wicket-keeper batsman Wriddhiman Saha lauded India's bowling attack and said the colour of the ball (pink) would not affect the performance of the seamers.

"Our seamers are in good form, especially Shami, the colour of the ball doesn't matter. They have been consistent, and they can extract reverse swing," Shami told reporters.

"When I last played with it in a domestic match, it was the Kookaburra ball, but this match will be played with the SG ball. It is a little difficult to pick the ball during the twilight period, we have to adjust. The bowlers might get a little help with this ball," Saha said.

"In ODI matches, the game is played with the white ball and the background is black. It would be dependent on the background colour as well. It would be challenging, as the bowl wobbles a bit, we need to accept it, we do not have other options and have to play," he added.

The 35-year-old said that it is always nice to see when Test cricket is viewed by a packed stadium. He expressed hope of seeing the day-night Test attract more and more viewers.

"It is nice to see when the test match is viewed by a packed stadium. Many times, the Test does not see a large crowd, but if the pink ball ends up bringing more people to the stadium, it would be great. I have heard that the tickets have been sold out for the first three-four days, so it is great," Saha said.

"We are all excited to play the match as we would be playing our first international match with the pink ball," he added.

India had defeated Bangladesh in the first Test of the two-match series by an innings and 130 runs.

Both teams will next lock horns in the day-night Test, slated to begin from November 22 at the Eden Gardens, Kolkata.