Raghu’s biggest moment came when the BCCI decided to send him to Australia as an assistant with the Indian team in 2011. 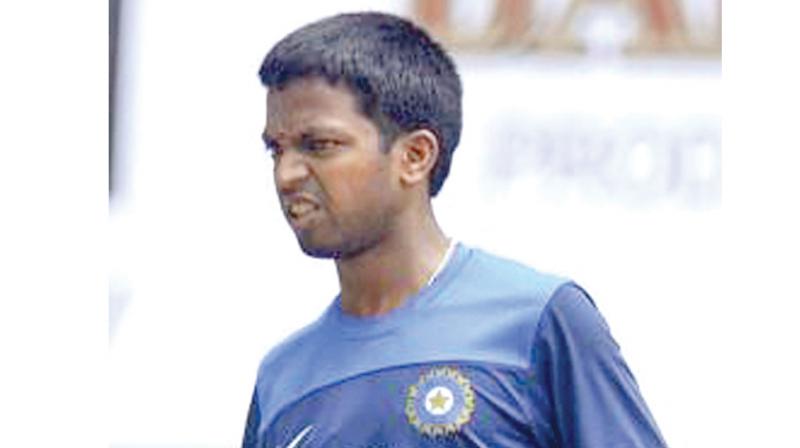 Chennai: Like every youngster his age, Raghavindraa D., nurtured hopes of playing for India at the highest level. There was no doubting his effort and perseverance but after failing to make the grade, he didn’t part ways with hope and continued working hard before a chance with the National Cricket Academy came calling.

On Monday, India’s only second triple-centurion, Karun Nair, gave credit to Raghu, as he is more commonly known, for giving throwdowns for hours on end which has, in turn, helped him and all the other batsmen to work on their reflexes.

“There is always a challenge attached to it when it comes to facing up to throwdowns from Raghu. He hurls them at great speed and does it for a long time. What it does is it will help us to improve our reaction time and almost all the batsmen have benefited immensely by his expertise,” said Karun.

Raghu’s biggest moment came when the BCCI decided to send him to Australia as an assistant with the Indian team in 2011. Raghu’s throwdowns during the net sessions invariably help the batsmen work on their feet movement and hand-eye co-ordination which will stand them in good stead when they find themselves in the middle of an intense battle.

“What Raghu has done is, he helped us hone our skills and we took it up as a challenge and strove to get better at our game,” added Karnataka batsman.