The family was not aware that their son is now in the company of Gary Sobers and Bob Simpson. 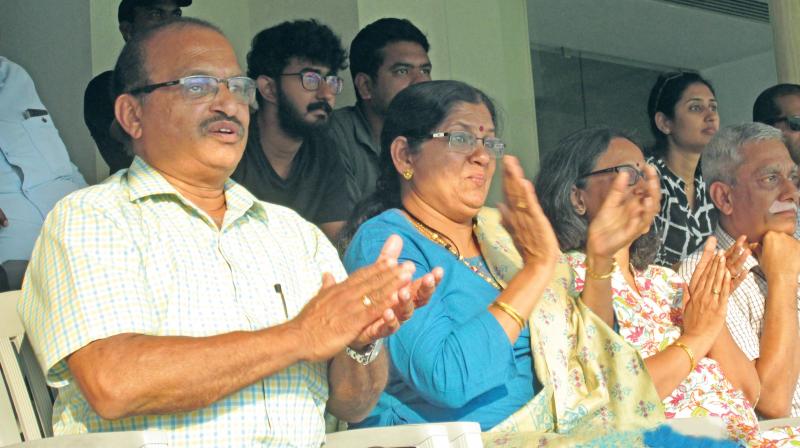 Mumbai: Parents of Karun Nair came to Chepauk with a hope that their son would score at least a hundred in the Test against England but it was a very “pleasant surprise” for them as their 25-year-old son scored a triple hundred.

Karun Nair’s father, M.D.K. Nair said the knock was a life time achievement for his son. “We are extremely delighted with his performance today. Generally we don’t watch his matches at the stadium but made an exception this time. We came from Bengaluru with a hope to see him score a century but he scored a triple ton to make our day,” he added.

The family was not aware that their son is now in the company of Gary Sobers and Bob Simpson, who too have made their maiden hundred by scoring 300 runs.

“Oh, is it so? We are prouder that our son is in the company of the world’s greatest all-rounder. Sobers is a great man. To be in his company is unbelievable and it will inspire Karun to score many more runs,” said Nair, an irrigation engineer.

Karun’s parents had to endure some anxious moments on Monday. “When Karun went to tea with a few runs to go for his double hundred, we were tense because we didn’t want him to go Rahul’s way. We are thrilled that he completed his double and triple. We have no words to express our joy,” Nair said.

The proud parents unlikely to witness fifth day’s play on Tuesday. “Karun’s mother, Prema, is a school teacher and has to go to work on Tuesday. We are leaving tonight to Bangalore. Our son has put India on a victory path and we hope Team India finish the job on Tuesday,” Nair signed off.